A deceitful life: a Nazi’s treason and life as an Irish impostor

Review of "Masquerade: Treason, the Holocaust, and an Irish Impostor" by Mark M. and Vera Moynes. 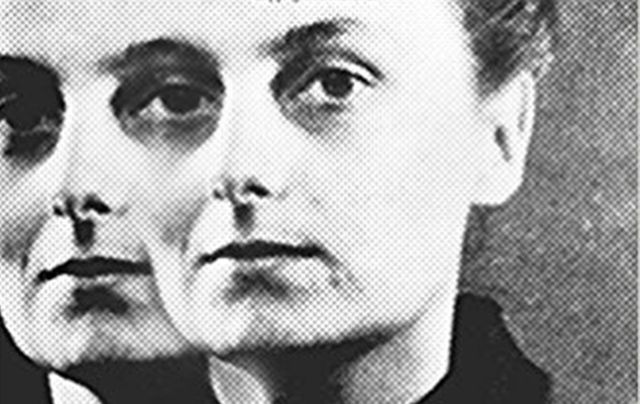 People who have suffered a traumatic upbringing can later on discover that their identities are not fixed.  Having been denied the powerfully centering experience of prolonged parental nurturing, they can later compensate for the loss by bobbing and weaving though their adult lives with a remarkable facility, concocting new personas along the way to help them achieve their aims.

They are often immensely dangerous people. They ensure you can’t see all the damage because they have already spent a lifetime concealing it from others and often from themselves. They’re so far ahead of you in that regard you might never catch up.

That is not to imply that everyone who has experienced a rough childhood and adolescence will later automatically be consumed by some degree of sociopathy.

The fact is that many people who have had a hard beginning learn compassion and coping skills that can turn them into enviably well-adjusted human beings.

But Rosaleen James was not one of the latter types of people. An abandoned child of a lady's maid, she was born Phyllis Ursula James in 1918 and was raised as the foster daughter of an aristocratic British family.

Uncertainty about her origins followed her around for most of her life, however, which may partly explain why she became so unyielding in her own views.

By altering her identity multiple times, including her name, she discovered she could respond to any given situation and effectively manipulate the people around her.

She was no rank amateur at this.  At various times she hoodwinked the German intelligence service, the Nazi propaganda broadcasting service, British intelligence and, you may not be surprised to hear, various Irish cultural groups through the latter half of the 20th century.

The scope and variety of her long career is breathtaking, both for its daring and its jaw-dropping mendacity. Having visited Ireland for one week in 1937, she later passed herself off as an Irish expert to guide German espionage missions during the war.

An early and ardent supporter of Adolf Hitler, she later participated in the farcical and failed effort to recruit Irish prisoners of war to join with the Nazi’s against the Allies and Great Britain.

All of this would be interesting enough in itself, in a low key way perhaps, but what makes James stand out is not just her treason (betraying England to side with Hitler’s Germany) but also her remarkable facility.

She was "an early and ardent supporter of Adolf Hitler."

When the war ended in defeat for the Nazis, Nora O’Mara, the name she adopted in 1940, had supplanted her given name of Phyllis Ursula James.

Putting even more space between herself and her past, she amended this to Rosaleen, then Roisin O’Mara, eventually settling on Roisin Ni Mheara.

It later occurred to her that having such an Irish name she ought to have the facility in the Irish language. So she threw herself into its study until she had learned it to an exceptional degree.  Her instinct for smokescreens was so strong that it helped her to almost become what she had only posed as.

For her next remarkable transformation, the native born English woman desired to pass herself off as Irish.  Although she possessed no advanced education, her steely determination worked real magic.

One thing remained consistent though her long life though – her steely devotion to Hitler and his cause. Writing in Irish in the 1970s, she put forward theories that denied the reality of the Holocaust, a development that should have seen her ostracized but in fact did not.

There are interesting reasons for this. Some, it can safely be presumed, were sympathetic to her arguments, while others gave a pass to books published in the native language and were slower to offer the kind of fulsome condemnation they really should have from the outset.

"Writing in Irish in the 1970s, she put forward theories denied the reality of the Holocaust."

Instead of being met by prolonged outrage, she was more often met with genteel disparagement and eventually silence. Mark M. Hull and Vera Moynes are to be thanked for bringing James’s odd life and example to light again.

Victimizing others for decades in her writing, James was, in the end, victimized by her own ugly views. Her life stands as a sobering warning to us to look very closely at what we are being presented with, especially if it appeals to our own bias.

Read more: How a Nazi SS storm trooper went from being Hitler’s henchman to an Irish farmer