The family of a Derry teenager shot dead by a British soldier has finally won a verdict that he was innocent and was not a paramilitary. 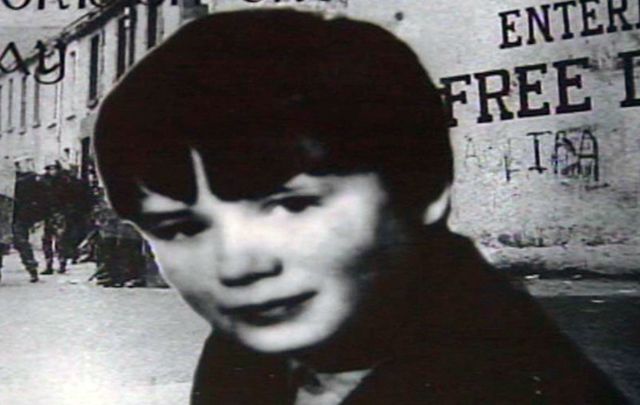 After 45 years, the family of a Derry teenager shot dead by a British soldier has finally won a verdict that he was innocent and was not a paramilitary.

The British soldier, Private William Glasgow who is now deceased, was unjustified in a discharging the fatal round, Coroner Justice Adrian Colton has ruled.

Manus Deery, 15, was killed some months after Bloody Sunday as he stood outside a chip shop in the Bogside area socializing with friends in May 1972.  He was struck in the head by fragments of a bullet that ricocheted off a wall.

It was fired by Glasgow from a fortified observation post high above the Bogside area on Derry’s historic city walls.

In a statement given the day after the incident, Glasgow claimed he fired at a gunman standing beneath an archway beside a pub in the Bogside, but missed and hit the wall. He was not prosecuted. The killing was one of the most contentious of The Troubles.

The coroner said his assessment of the evidence was there was no such gunman. “The discharge of the round was unjustified,” he said.

Colton added that he was unable to determine whether the soldier was under an honest belief that he had seen an armed man, citing his inability to question the late serviceman during the inquest.

The coroner said official police investigation of the shooting in 1972 was “flawed and inadequate.”

He said the teenager’s family pursued a new inquest to address a “perceived stain on his character” related to insinuations he may have been involved in paramilitary activity.

Colton told Derry courthouse that he had “no doubt” the boy was blameless. “Manus Deery was a totally innocent victim. He didn’t pose a threat to soldiers or anyone else,” he said.

During inquest proceedings Britain’s Ministry of Defence acknowledged that the shooting was unjustified. The new inquest was ordered by Northern Ireland’s attorney general John Larkin in 2012. The original inquest in 1973 returned an open verdict.