Irish word "culchie" could be banned from Scrabble

"Culchie" is among a host of words that the North American Scrabble Players Association (NASPA) is considering removing from play for being derogatory. 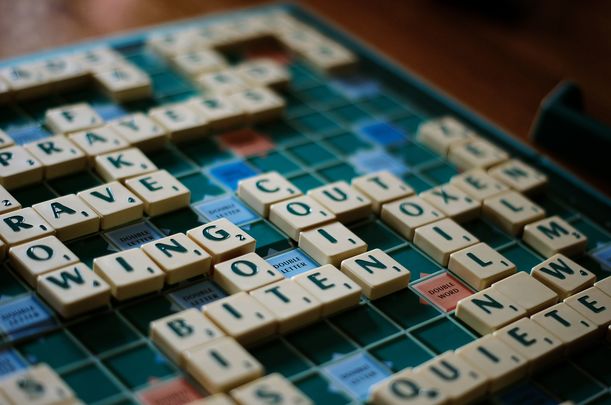 The North American Scrabble Players Association is considering banning than 200 slurs from their official competitions in the United States.

The Irish word "culchie" is among a host of words that could be banned from play as they're considered offensive or derogatory, according to the North American Scrabble Players Association (NASPA).

"Culchie," an Irish slang word referring to a person who comes from a rural community, as well as "culchies," "culchier," and "culchiest," are all included under the national origin slurs category.

Read More: Irish term “gobshite” appears in The New York Times for the first time ever

Speaking with Newstalk on Friday, John Chew, NASPA's CEO, said: "All of the words that are acceptable in Scrabble are found in one more college-level dictionaries in North America and next to each word there's a label saying what type of usage it has, such as if it's derogatory or offensive or colloquial.

"In our case in North America, every occurrence of the word 'culchie' - and I wasn't even sure if I was allowed to say that word aloud - is labeled derogatory."

Host Sean Moncrieff explained that the word "is a bit pejorative ... but it's kind of more jokily pejorative rather than it is nasty."

"I think the context has a lot to do with it," Chew said, to which Moncrieff agreed. "It has to do with reclaiming the pride with one's heritage," Chew added.

Chew elaborated that similar discussions surrounded the "n-word" in North America. NASPA has recently decided to formally remove the slur from play, but that decision does not go into effect until September.

"We have this conceit at Scrabble tournaments that the words have no meaning to us, but I think we can't really hide behind that anymore," Chew added. "Scrabble players like to learn and use lots of obscure words without thinking about the meaning, but I think moving forward, we are going to have to think about the meanings of at least some of the words."

Chew explained that there are different word lists used in North America and Ireland, and that he's "heard rumors" that the group behind the Collins Scrabble Words List, which is used in Ireland, is considering "removing at least the most offensive of the derogatory terms from its lexicon.

"I should add, we're only talking about removing words that are specifically used to disparage or demean groups of people."

On June 20, Chew said in a letter to the NASPA advisory board: "I am thinking specifically of those words which are used primarily as slurs: that is, words that are used to label someone as being of less value than the speaker based on some innate trait such as gender, race or sexual orientation - not words that are used to cause offense on scatological, prurient, profane or other grounds.

"When we play a slur, we are declaring that our desire to score points in a word game is of more value to us than the slur's broader function as a way to oppress a group of people. I don't think that this is the time for us to be contributing divisively to the world's problems."

Later, on July 8, Chew said in a statement: "Our NASPA Advisory Board has been doing an excellent job of debating the issues, reading your responses, and reaching out to their own constituents to solicit more submissions, and they will ultimately render their verdict this week, no later than Thursday night."

Toymaker Hasbro, who own the rights to Scrabble in North America, announced that it is changing the game's official rules "to make clear that slurs are not permissible in any form of the game."

In a statement, they said, "Hasbro Gaming is rooted in the community and bringing people together, and we are committed to providing an experience that is inclusive and enjoyable for all."

Hasbro said that it first started removing offensive words from the Merriam-Webster Official Scrabble Players Dictionary in 1994 and reviews the full list before each reprinting.