An Irish woman who was diagnosed with breast cancer at the age of 24 has encouraged young women to trust their instincts and get checked regularly. 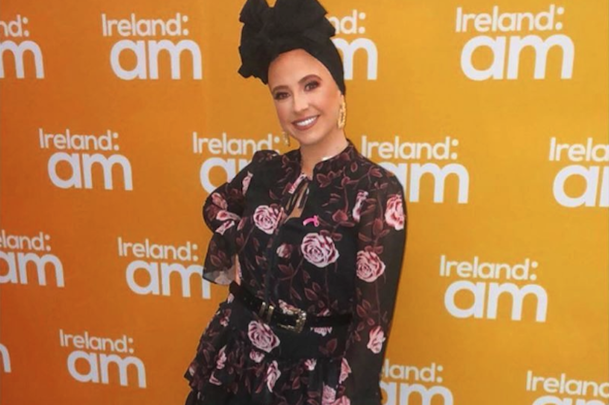 An Irish woman who was diagnosed with breast cancer at the age of 24, eight years after doctors assured her that she had a 'naturally lumpy chest,' has encouraged young women to trust their instincts and get checked regularly.

Carly Mahady, 25, noticed a lump on her breast when she was 16 but was told that it was simply a blocked milk duct by doctors.

However, the influencer experienced a niggling pain in her breast eight years later and decided to act on instinct and see a doctor.

The doctor believed it was a non-cancerous lump but, on Mahady's insistence, sent her for an ultrasound to ease her mind.

Mahady later discovered she had an extremely rare form of cancer called stage one secretory carcinoma in her chest.

Originally called juvenile breast cancer, secretory carcinoma generally affects younger patients and is one of the rarest forms of breast cancer, accounting for less than 1% of all cases worldwide.

Mahady experienced very few symptoms that she had the rare illness, save for an occasional sharp pain in her chest whenever she hugged someone.

She told the Daily Mail that she was very fortunate to catch it in its early stages.

"I could have been diagnosed at stage four. I am beyond lucky to be in a position to fight this horrible disease."

Mahady also had a message for young women in the wake of her diagnosis.

"At 24, I never thought it could be a possibility for me to have breast cancer. I want to urge people to see a doctor if you notice any irregularities, and not to fob off pain, especially if you've been experiencing it for some time,' she said.

The Dublin influencer underwent surgery to remove the cancerous lump in October, but oncologists told her in November that the cancer had spread to her lymph nodes.

The news meant that Mahady would require chemotherapy and radiotherapy, causing her to lose her hair - something that she embraced bravely.

I have never in my life been more comfortable in my own skin & it’s funny because all of the things I used to hide behind have either been taken away or just simply aren’t an option anymore! Something lovely about being stripped back completely & being happier than ever 🤗 Find a buzzier bunny than me the past couple of months, I wish I’d of learned to love myself sooner 💖

"I felt empowered when I cut my hair. There were no tears from me, but I can't say the same for my friends," she said to the Daily Mail. "It's the best decision I've made on my journey so far."

Mahady is currently halfway through her first course of chemotherapy, which will last a total of three months. She then has to go through another course, before doing a five-week course of radiation therapy to remove the cancer from her lymph nodes.

She has kept up an admirably positive front throughout her treatment and has amassed over 23,000 followers on Instagram by adopting a no-nonsense approach to cancer.

Her aim, she told the Daily Mail, is to inspire others to trust their instincts and make a possibly life-saving visit to their local doctor.

If you have any concerns over your own breast health please contact a medical professional or visit www.cancer.ie for more information.