Irish witnesses describe the shock and horror that unfolded in Christchurch, New Zealand, during the shooting attacks on two mosques, which have left at least 49 people dead and 20 seriously injured. 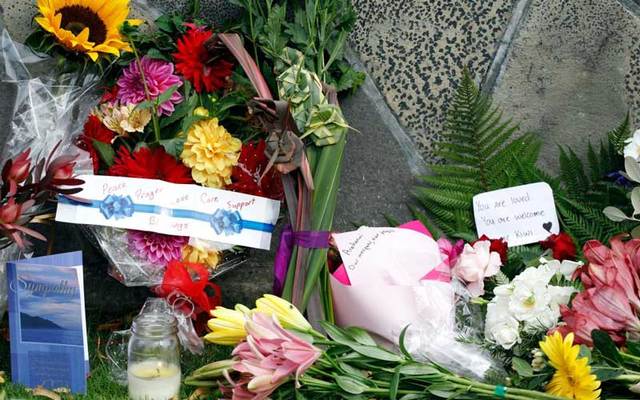 Flowers with messages for the victims of the mosque attacks are seen at the Botanical Garden in Christchurch on Saturday, March 16. TESSA BURROWS/AFP/Getty Images

Irish witnesses describe the shock and horror that unfolded in Christchurch, New Zealand, during the shooting attacks by a right-wing extremist on two mosques, which have left at least 49 people dead and 20 seriously injured.

On Friday early afternoon, Pat Kenny was working in his construction office, which is located just behind the mosque where the first attack took place.

“I heard the gunfire but it it sounded like a metal roller door being pulled up. A lot of the commercial buildings around here have metal shutters so I thought nothing of it. It was only when some of the girls working in an office upstairs came down and said they had heard on the news what was going on that we realized what was happening,” he told the Irish Times.

“The guards came and we were sent back to our office and told to stay there. We were allowed to leave at around 4pm,” he said.

Kenny, who has been living in Christchurch for seven years, said: “This is a very welcoming place. I’m from Dublin, which is a large city, and by comparison this is small and very easy going and very safe.”

His two children, aged 10 and 12, were locked in their school during the attack.

“The schools were shut down as soon as the incident happened and we couldn’t take our kids out, they were shocked as they didn’t know what was happening but they’re okay now,” he said. “Kids are kids and they just get on with things. We are going to have to sit down and tell them that there are horrible people out there and there are scumbags. We can’t wrap them in cotton wool.” 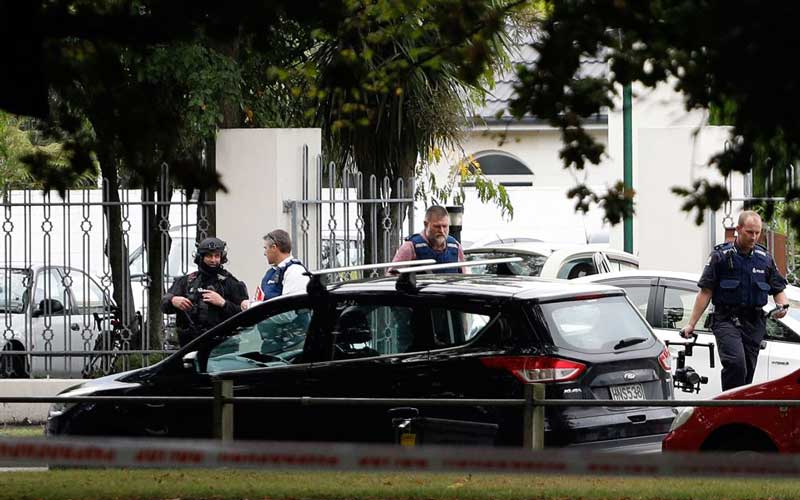 Police officers at the Masjid al Noor mosque after the shooting in Christchurch on March 15, 2019. Credit: TESSA BURROWS/AFP/Getty Images

Mags O’Connor’s three-year-old was in daycare when the attacks happened.

“It was the hardest and most frightening day for all of us,” said O’Connor, who had to wait nearly four hours before she and her husband could collect their daughter from daycare.

“Only a short 10-minute drive from our home this all went on,” she said. “New Zealand has never felt like a threatening place to us in the near seven years we have lived here.”

She added that her “heart is broken for all the families who lost loved ones.”

Mark Nagle, from Mullingar, has lived in Christchurch for three years. He lives close to one of the mosques that was attacked and works in central Christchurch.

He told The Irish Times that his office “was put into lockdown from about 2pm and we didn’t get to leave until 6. We were allowed to leave but it was strongly discouraged so out of maybe 300 or 400 staff most people remained indoors.”

He described his office as “very multicultural so we were all very worried and frightened as the events unfolded. We tried to carry on and be as professional as possible but most of us had to hold back tears as we worked.”

He said everyone is still in shock. “Nobody could have predicted this. Some of the images been shared around on social media have caused us all a lot of distress.” 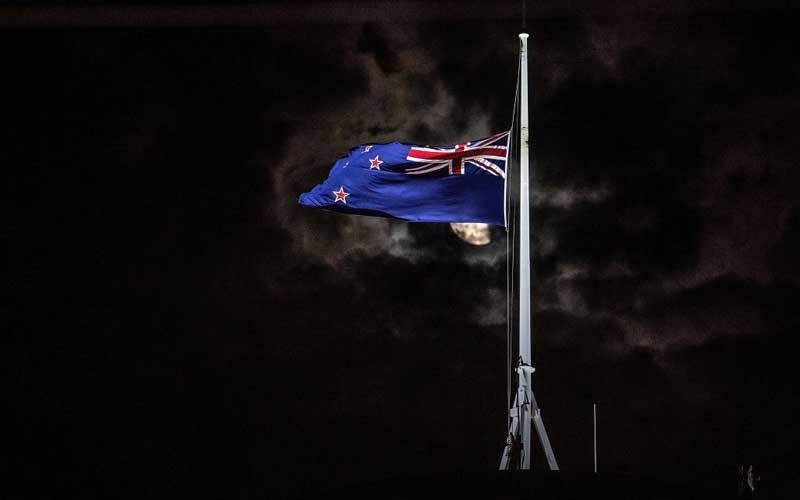 The New Zealand national flag is flown at half-mast on a Parliament building in Wellington after the attacks on two mosques in Christchurch. Credit: MARTY MELVILLE/AFP/Getty Images

He said that although he recently got his residence visa he is “strongly thinking of heading back to Ireland now.”

Belfast-born Michael Campbell emigrated to New Zealand in 1993. He said he never thought he “would see terrorism again like we did in Belfast. But today we did and everyone here is in shock but also determined not to let the terrorists affect us.”

“Everyone is welcome here. As our prime minister said we have around 200 cultures and over 150 languages. This is not us and the perpetrators are not welcome. We are Muslim just as much as we are any other ethnicity.”

Former Ireland rugby player Ronan O’Gara, who is now a coach for Crusaders in Christchurch, said “It is obviously very raw at the moment. People are just keeping to themselves.”

He said ChristChurch is “very similar to any Irish town, but a lot quieter potentially. I think for this to happen on the streets makes it all the more incomprehensible.”

He added: Of all the cities in the world . . . this out of the blue. Everyone is shook. When you live there it becomes your home. It has been a very surreal day.”