Aaron McKenna, 18, will make his professional debut in New York City on December 2. 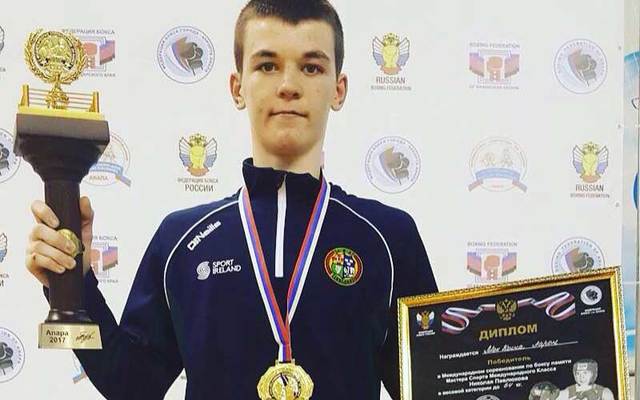 A young teenage boxer from Monaghan will make his professional debut at Madison Square Garden in New York City on December 2.

Aaron McKenna, a 2014 European Junior silver medalist and eight-time national champion in the underage ranks, will fight on the undercard of Miguel Cotto’s farewell bout with Sadam Ali and will open the RingTV.com live stream, The Irish Post reports.

McKenna, “The Silencer,” accrued a record of 152-9 during his amateur career, While based in Ireland, he fought out of the Old School Boxing Club in Smithborough. He trains now alongside his father, Fergal, at Santa Monica’s Iron Gym.

“All the training and hard work has paid off, and it feels great to finally say I’m a pro boxer. I can’t wait now to have my first fight,” he said in September, according to The Irish News.

“It’s a dream come true, when you look at the names on their roster – ‘Canelo’, Cotto, guys like that – you just realize how big it is. When I spoke to Oscar, he said he was very excited to see me box.

“You see the way Canelo’s career has been managed and it can be done after starting young. Mike Tyson was young too when he burst onto the scene.

“I’m well suited to the pro game, I’m not afraid to get in with anyone.”