The Irish study on natural immunity is seeking people who resisted Covid-19 before receiving a vaccine and after the outbreak of the Omicron variant. 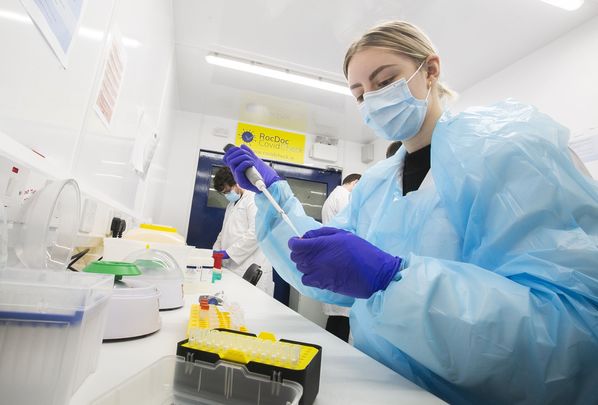 Irish researchers are seeking people who have avoided Covid-19 to take part in an international study.

Researchers at Trinity College Dublin are trying to establish if some people are "naturally resistant" to the virus, with those who have shared a bed with someone with Covid-19 without becoming infected themselves of particular interest to the study.

Professor Cliona O'Farrelly, the principal investigator of the study, told RTÉ that researchers are seeking people who resisted Covid-19 before receiving a vaccine and after the outbreak of the Omicron variant.

She told Today with Claire Byrne on RTÉ Radio 1 that some people have an immune system that is able to "keep the virus away without becoming infected at all".

O'Farrelly said the study could have implications for future vaccine development and public health measures.

The study will examine healthcare workers at St. James's Hospital in addition to members of the general public who have not contracted the virus despite sharing the same household as someone with Covid.

O'Farrelly told Claire Byrne that the study is looking for a "needle in a haystack", adding that researchers expect to find some mutations in people's innate immune genes that provide natural resistance.

"This consortium is looking for genetic markers of resistance to infection. So it means having to sequence the whole genome of the people who are resistant - it is like looking for a needle in a haystack because the human genome is so hugely variable," O'Farrelly said.

"We're anticipating that we will see some mutations in some of the innate immune genes that give people resistance."

People who avoided infection and their household contacts who tested positive for the virus are asked to participate in the study. Those who are vaccinated can also take part.

A total of 14 countries are involved in the study, O'Farrelly said.

O'Farrelly, a professor of comparative immunology and biochemistry at Trinity College, said some people have avoided Covid-19 by remaining cautious, while it is unclear how some others have managed to avoid the virus.

A study in Nature Communications published earlier this year found that people who had previous exposure to other coronavirus strains may have built up a resistance through a pre-existing memory T-cell phenotype.

O'Farrelly added that people living in poverty are more likely to be infected with the virus.