Could the Irish be in line for Spanish-style siestas to beat the heat?

Ireland may need to introduce Spanish-style siestas in the future to boost the economy if the weather continues to get warmer, academics believe. 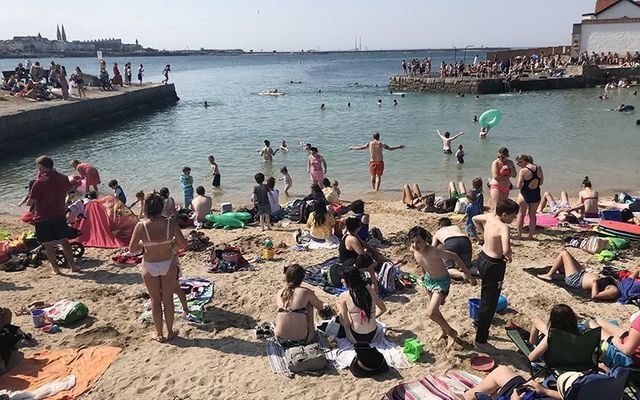 Ireland may need to introduce Spanish-style siestas in the future to boost the economy if the weather continues to get warmer, academics believe.

With increasing evidence that global warming will trigger more regular heatwaves and hotter temperatures in Ireland in years to come, concerns have been raised about the negative effect of soaring mercury levels on workers' ability to focus and carry out their day-to-day tasks adequately.

Experts at the London-based Grantham Research Institute on Climate Change and the Environment have noted that excessive workplace heat, as experienced across Ireland throughout most of this summer, is a serious occupational health and productivity concern.

Studies have found that a rise in the average global temperature of six degrees Celsius could trigger a 27 percent loss in labor productivity.

In an analysis of the impact of heatwaves on the workplace, Grantham-based Tarek Cheaib, asks, "Have you ever wondered why the Spanish take afternoon siestas or why most Greeks and Italians close their shops for a couple of hours during lunchtime?  When people carry out physical work, heat is produced internally and needs to be transferred externally to make sure that our body temperature remains constant.

"As the body works harder to maintain its temperature within acceptable norms, mental ability, work capacity and labor productivity diminish.  It comes as no surprise then that since the sixth century, people from hot climates have planned their working schedule to avoid the midday heat.  People are better off taking a nap and working the hours later in the evening than forcing themselves to work in dramatically draining conditions."

and soaring temperatures that have been the dominant feature of this summer could become the norm in Ireland in just 30 years.

Leading climatologist Professor John Sweeney said, "We've seen a sequence of extreme weather events in recent years, including Hurricane Ophelia late last year, the Beast from the East a few months ago and this current drought.  I think it's generally accepted that extremes of climate are some of the long-term changes that are taking place.

"Everywhere in the country today is half a degree warmer than it was 30 years ago, and we expect that over the next 20 years we will warm by a further half degree or maybe even by as much as one degree over the next 30 years."