Irish scientist's coronavirus vaccine could be ready by September

Human trials have gone extremely well, according to numerous reports. 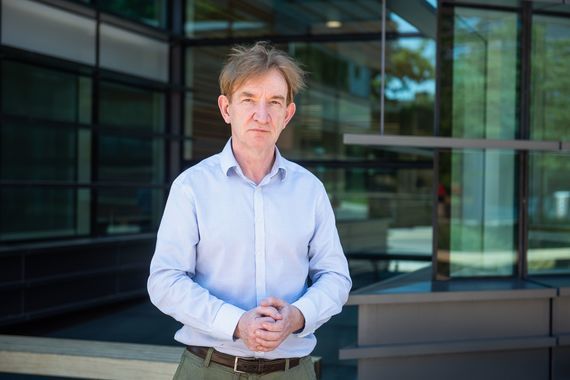 Adrian Hill is leading a team of researchers at Oxford University. University of Oxford

A coronavirus vaccine being developed by a team led by an Irish scientist at Oxford University could be ready by as early as September.

Adrian Hill, an Irish scientist who has previously worked on Ebola and malaria vaccines, has been leading a team of researchers at the famous English university to find a vaccine for COVID-19 since May and human trials have gone extremely well, according to numerous reports.

So far, all test subjects have produced antibodies found in patients who have contracted the virus and recovered from it.

In total, thousands of British people have been recruited for the research during phase one of the vaccine development and full results are set to be announced on Monday.

The Daily Telegraph reports that the vaccine potentially offers "double protection" against the virus, with volunteers' blood samples showing an accelerated growth in antibodies and T-cells, both of which play a vital role in the body's response to COVID-19.

There is widespread speculation that the publication of the full results on Monday will bring yet more "positive" news, according to the Guardian.

The results are additionally expected to show that there are no harmful side effects associated with the vaccine.

The Oxford vaccine team now plans to move to a human "challenge trial", where subjects will be intentionally exposed to the virus.

Human challenge trials are considered controversial in the context of COVID-19 since there is no known cure for the virus, but Adrian Hill argues that the risk level is very low since the test subjects will all be in their 20s.

Recent research has found that the mortality rate from COVID-19 for someone in their 20s is around one in every 3,000 and Hill, along with a growing number of prominent scientists, argues that the risk is offset by the global impact of COVID-19.

The challenge trials are set to be run in conjunction with phase three of the vaccine trials, when volunteers would be exposed to the coronavirus in everyday life.

However, the timeline for this phase depends on how quickly volunteers are exposed to the virus in the community and could take months depending on the infection levels in a given community.

Hill argues that challenge trials could be used to speed up the process and to provide additional information about the vaccine.

Hill is a signatory of an open letter published on Thursday advocating for human challenge trials. The letter, signed by Nobel laureates and senior scientists, argues that challenge trials would greatly speed up the development of a coronavirus vaccine.

"If challenge trials can safely and effectively speed the vaccine development process, there is a formidable presumption in favor of their use, which would require a very compelling ethical justification to overcome," the letter said.

The letter was addressed to Dr. Francis Collins, head of the National Institutes of Health in the US. The letter was sent by "1 Day Sooner", an organization made up of more than 100 prominent scientists arguing in favor of challenge trials.

Read more: More than one-quarter of Irish people would be reluctant to get COVID-19 vaccine