11 members of the Irish diaspora are being recognized through the Irish government's 2021 Presidential Distinguished Service Awards. 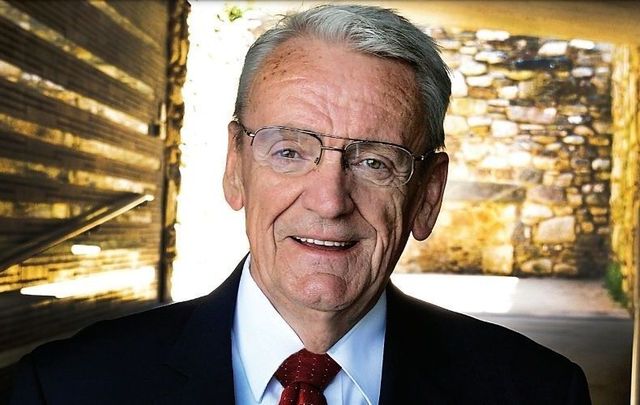 Broadcast and activist Adrian Flannelly and former Irish Senator Billy Lawless are among the 11 honorees announced last week as recipients of the Irish government’s Presidential Distinguished Service Award, which honors Irish diaspora members around the world for their contributions.

In a press release announcing this year’s honorees, Ireland's Minister for Foreign Affairs Simon Coveney said: “I am delighted to have the opportunity once again to formally recognize the achievements of some of the finest members of our global family, our diaspora.

“These 11 remarkable people have provided a sustained service and commitment to Ireland and Irish communities abroad, and it is fitting that they have been selected to be honored by the president.  In the ever changing world we live in, this remarkable group of individuals have been a constant beacon for Ireland and the values we hold dear.

“This is the 10th year in which recipients have received this Award and, through the Presidential Distinguished Service Award we can acknowledge those who have helped to build and expand our reputation across the globe.”

Ireland's Minister for the Diaspora Colm Brophy added: “The contribution of the Irish Abroad has been immense, and the diversity of their achievements in their many walks of life, can be seen in this year’s 11 awardees.

"That the recipients of these awards represent Ireland to the world should be a source of pride to all of us, as it is to me, and I am glad that we have the opportunity to acknowledge them as such.”

Today, Minister @simoncoveney announced the winners of the 2021 Presidential Distinguished Service Awards. Minister @brophytalks recognised these 11 members of Ireland's diaspora, for their contribution to 🇮🇪 Ireland’s reputation across the globe.
👉https://t.co/wHHOBZaFcx pic.twitter.com/8aoR02kqBc

The Presidential Distinguished Service Award was established by the government following the 2011 Global Irish Economic Forum as a means to recognize the contribution of members of the Irish diaspora, and the first awards were made in 2012.

Flannelly, a native of Co Mayo, has hosted his weekly Irish American music and talk show on the radio and online at IrishRadio.com for more than 50 years.

Lawless, originally from Co Galway, is a successful restaurateur in Chicago who served as the first overseas-based member of the Irish Seanad, or Senate, when then-Taoiseach Enda Kenny appointed him senator for the diaspora.

Flannelly and Lawless are being honored in the Irish Community Support category.

In the Arts, Culture, and Sport category, Susan Feldman (US), Roy Foster (Britain), and Brother Colm O’Connell (Kenya) are being honored this year.

Sister Orla Treacy from South Sudan is the honoree in the Business and Education category.

In the Peace, Reconciliation & Development category, Bridget Brownlow (Canada) is being honored, while Susan Hopkins (Britain) is being honored in the Science, Technology & Innovation category.

President Michael D. Higgins will present the awards at a ceremony at his residence in Dublin on December 2.