"Unfortunately this horrific and vicious assault once again highlights the dangers faced by our membership while on duty on a daily basis." 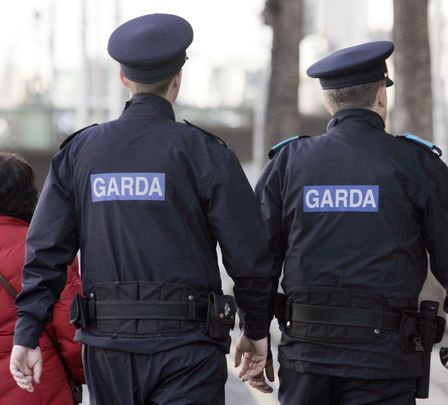 Concern has been expressed at gardai patrolling alone after a vicious assault near the border on a member of the force who is a Gaelic football star. Some newspapers reported that a gun was pointed at the officer during the attack.

Cavan Councilor John Paul Feeley described as “worrying” the practice of a lone garda on patrol following the attack in the early hours of Monday morning close to Loughan House open prison in Blacklion, Co. Cavan.

Garda Representative Association’s James Morrisroe said, “Unfortunately this horrific and vicious assault once again highlights the dangers faced by our membership while on duty on a daily basis.

“Gardai working alone, particularly in isolated locations, need to be assured that their safety is a priority for our employer and this has to be demonstrated by having the appropriate numbers of members on duty who have adequate transport, driver training and technology such as body cams.”

Investigators believe that 29-year-old Garda Padraig Scott came across the scene of criminal activity during his patrol and was subsequently assaulted and doused in an accelerant.  He was found in a highly disorientated state after the attack and has been able to provide investigators with only limited information on his assailants.

Scott, who plays Gaelic football for his native Roscommon, is recovering at home after treatment in Sligo University Hospital.

He was so disorientated he could not tell colleagues where he was when he raised the alarm. Instead, they used a special tracing facility on his garda computer to find him down an isolated roadway.

It was his second attack. A year ago Scott was badly assaulted when he arrested a suspected drunk driver while he was on lone patrol in Co Cavan.