Gardaí said the body of a 29-year-old man was found on Deanstown Avenue in Finglas, North Dublin, at around 4:30 a.m on Sunday. The man was known to gardaí for his involvement in organized crime. 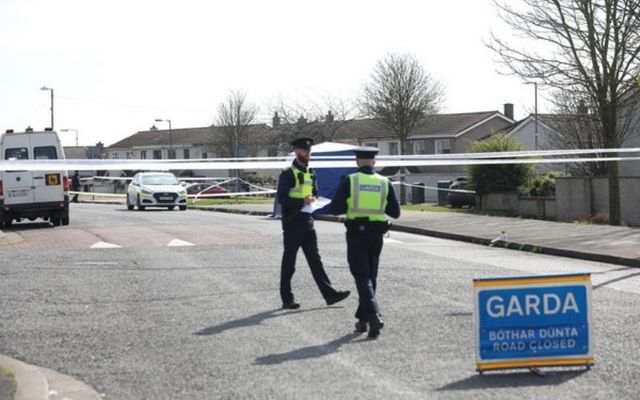 Gardaí at the murder scene on Sunday morning. Rolling News

Irish police have launched a murder investigation after a man was shot dead in Dublin in the early hours of Sunday morning.

Gardaí said the body of a 29-year-old man was found on Deanstown Avenue in Finglas, North Dublin, at around 4:30 a.m.

The man, who has not yet been named, was known to gardaí for his involvement in organized crime in the Finglas area.

Gardaí believe the man was part of an ongoing feud between rival crime gangs in the area.

The victim's body remained at the scene on Sunday morning as gardaí with a pathologist due to examine the remains in situ. The man's body will later be removed for a post-mortem.

The Garda Technical Bureau and Forensic Science Ireland will be carrying out a forensic examination at the scene on Sunday.

"Gardaí and emergency services attended the scene at approximately 4.30 am. A man, aged in his 20s, was discovered with a gunshot wound and was pronounced dead at the scene," gardaí said in a statement.

Gardaí have appealed for witnesses or anyone with information to contact them at Finglas Garda Station on 01 666 7500, the Garda Confidential Line on 1800 666 111 or any garda station.

Gangland feuds have escalated in the Finglas area in recent months, despite significant Garda efforts to tackle the issue.

The Irish Times reports that the rival gang believed to be responsible for the man's shooting is run by a man in his 20s who emerged in recent years as a key figure in North Dublin organized crime.

Gardaí have carried out significant operations against the gang leader and his associates but have still seen a rise in gangland feuds, according to the Irish Times.