Top Irish newspapers The Irish Times, The Irish Examiner, and The Evening Echo have printed formal apologies for a seminarian sex scandal story regarding the Pontifical Irish College in Rome that proved to be fake. 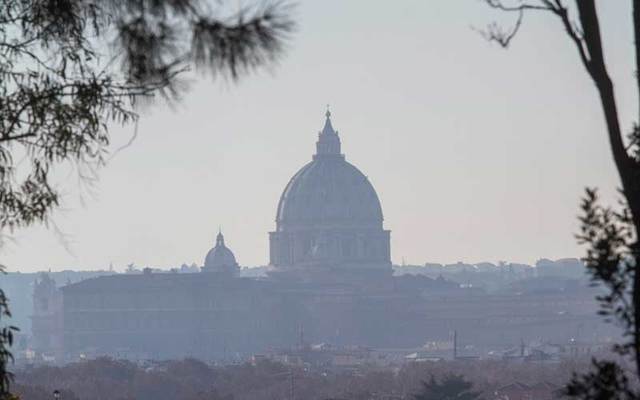 Top Irish newspapers The Irish Times, The Irish Examiner, and The Evening Echo have printed formal apologies for a seminarian sex scandal story regarding the Pontifical Irish College in Rome that proved to be fake.

In May 2018, The Irish Times published a story claiming that two seminarians were dismissed from the Pontifical Irish College in Rome after being found in bed together. The story was subsequently reported by a number of other media outlets.

Claims that the sex scandal occurred after students attended a Mass commemorating Pope Paul VI’s 1968 encyclical Humanae Vitae on artificial birth control also proved to be false. There was no such Mass.

Connor Gannon, a former clerical student at the college in Rome, launched High Court proceedings against a total of eight newspapers to clear his name.

The Irish Times, The Irish Examiner and the Evening Echo have all issued apologies acknowledging they referred to and identified Gannon. The three newspapers have said there was no truth in and no basis for the allegations made, TheJournal.ie reports.

Each publication acknowledged that the article was “false and should not have been published” and have agreed to pay damages to Gannon for the “upset and distress caused to him by the article.”

According to the Irish Catholic, a source said that the issue could have easily been sorted out last year by the Irish College authorities in Rome or by the Archbishop of Dublin.

“All he wanted was a simple correction of the record, that he left the Irish College in Rome of his own accord and was not kicked out or found to have been involved in some sexual activity with another seminarian. But the rector Msgr Ciaran O’Carroll refused.”

The source added that the young former seminarian believes that Archbishop of Dublin Diarmuid Martin did nothing to help clear the young men’s names.

“Archbishop Martin talks about fostering vocations and looking after seminarians and his priests. This young man gave four years of his life to the seminary and was hung out to dry, the Archbishop did a Pontius Pilate,” said the source.

The Irish Catholic reports that lawyers for one of the seminarians had previously criticized media outlets for reporting the allegations without trying to contact the men involved or seek independent confirmation of the story.