Dr Ali Selim, a leading Irish Muslim figure, has come under criticism for saying he is an advocate for female circumcision if it is recommended by a medical doctor. 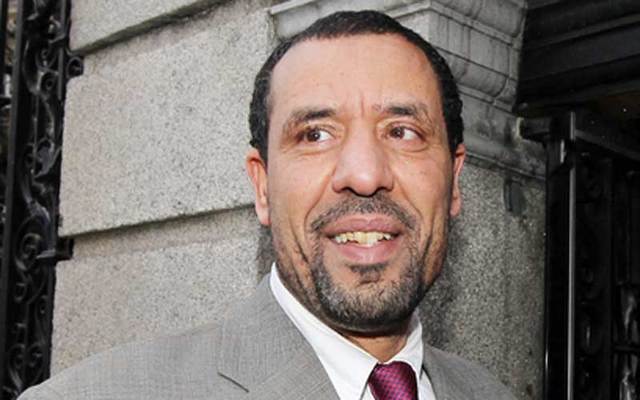 A leading Irish Muslim figure has come under criticism for saying he is an advocate for female circumcision if it is recommended by a medical doctor.

The practice is illegal in Ireland under the Criminal Justice Female Genital Mutilation (FGM) Act 2012. FGM is the ritual cutting or removal of the external female genitalia.

Dr Ali Selim of the Islamic Cultural Center of Ireland told RTE’s Prime Time that female circumcision should be carried out if advised by a medical doctor.

Read More: Galway Muslims hope to produce an Irish-language version of the Qur'an

The same medical reason that would justify male circumcision would be the same for females. It is not an obligation, but it should be allowed by law if needed and a medical doctor can decide if it is needed or not,” he said.

“People by nature are different and their organs are different. What one person needs is not necessarily needed by another, and it should be determined by a doctor,” he said.

“It is always been portrayed as ‘horrible’ or ‘barbaric’ or ‘mutilation’ and is portrayed as a dark-skin practice or from the dark ages,” he said.

“If it is an inherited practice it does not mean it has to done, but it has to be considered, and not rejected because it is inherited,” he said.

A reminder that #FGM is NEVER medically indicated. It can cause severe health complications including pain, infection, menstrual problems, urinary tract problems and sexual difficulties. It is associated with serious complications in childbirth. https://t.co/NCcSmoNtwr #EndFGM

When asked whether he believed the practice should be carried out for cultural or religious reasons, Selim said: “In the Koran it says clearly, ask of the people of knowledge if you do not know, so it means you ask a medical doctor.”

He said: “If a doctor advises it is needed, then it has to be done. Religion says it does not have to be practiced, our religion says to ask the people with knowledge,” he said.

Selim added that he would be against the idea of people going outside of Ireland to have the procedure carried out on their children.

“You can’t stop people leaving... It is against the law to practice abortion but people just cross the border and ‘do abortion’ and come back. If you take your daughter abroad for a circumcision, you need to ask your doctor. A doctor has to say they are in need of it, they have to say there is a medical need for it,” he said.

Selim’s comments have since been criticized by healthcare professionals, activists, and family organizations, reports TheJournal.ie.

The Irish College of General Practitioners and other medical organizations have released statements that there is no medical reason that FGM should be done. The World Health Organization has also condemned the ‘medicalization’ of female circumcision.

The Imam of the Islamic Cultural Centre of Ireland Shaykh Umar Al-Qadri released a statement clarifying the practice of female circumcision within the Muslim community: “Today, we know fully of the many harmful effect of FGM: including difficulty urinating, giving birth and a partial or complete loss of sexual pleasure, as well as the risk of infection and further complications from unsterilized equipment and unqualified practitioners.

“Sometimes, this practice is justified as a form of maintaining chastity: in direct contradiction to the basic tenets of Islam, as the Prophet Muhammad clearly stated that a husband should ensure his wife’s physical pleasure.”

The Irish Times reported that an estimated 5,790 females living in Ireland have experienced FGM and some 2,639 girls in the country may be at risk of being subjected to it.