"Continuous efforts" are being made to translate the Islamic book of faith from Arabic to Irish. 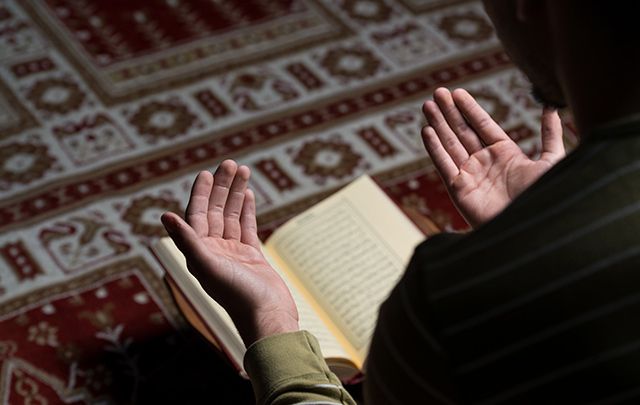 "Continuous efforts" are being made to translate the Islamic book of faith from Arabic to Irish. iStock

Members of the Islamic community in Galway City are making “continuous efforts” to produce an Irish-language version of the Qur'an, the holy book of their faith.

Imam Ibrahim Noonan, a Waterford man who converted to Islam and is now leader of the Ahmadiyya Muslim community in Galway, told Tuairisc.ie that selected verses of the Qur'an had been translated to Irish already along with other material such as the Hadith. He said that although the project is “ongoing”, it is not clear how long it will take.

“We don’t have anyone who is at a high level of Arabic and a high level of Gaeilge. The translation would have to go through English at this stage. It was discussed about six months ago at an executive committee meeting. It was suggested that maybe we should look at getting professional help from scholars of Gaeilge and hire a highly qualified translator.

“The problem is finding someone who has the two languages. We do have some young children and teenagers in the community who were born and raised in Galway and have fluent Gaeilge but weaker Arabic. They’re Arabic wouldn’t be good enough at the moment to undertake a translation,” he said.

The Irish national broadcaster, RTÉ, released a news report from 1989 about an Irish translation of the Qur'an on its ‘RTÉ Archives’ website this week, a site which shares material from as far back as 1962 when RTÉ first started television broadcasting. In the clip, a young Muslim can be seen reading recently translated passages from the Qur'an in Irish.

Noonan said that the attempts made almost 30 years ago to translate the Qur'an were successful to a point, in that “certain verses” were translated and approved by Irish-speakers but that the project to translate the entire Qur'an was much larger than that and would take a considerably longer amount of time.

There are several young people in Galway’s Islamic community who have been raised by Irish-speaking converted parents or who attended the city’s Irish-medium schools. Noonan suggested that these children might one day, “in the distant future”, be able to assist with a translation of the holy book.

“We have many problems. Someone will come along, eventually, who will be a native Irish speaker who has very good Arabic, but that’s a long-term project. If it was translated from an English version, as opposed to the original Arabic, we would lose a certain amount of the articulation. Gaeilge is very similar to Arabic in grammar and syntax and it would be far better to translate directly from the original to Gaeilge.

“The selected verses of the Qur'an were checked by people fluent in Gaeilge and they were happy with it. The Qur'an has been translated into 70 other languages or more, we should at least try to get it completed into Gaeilge, to a very high standard,” said Noonan.

Foras na Gaeilge, the state body charged with promoting and preserving the Irish language, announced in 2003 that they would be co-operating with the Islamic Cultural Centre of Ireland to translate the Qur'an from Arabic to Irish and that a committee had been set up to that end.

Doctor Ali Selim, of the Cultural Centre, told Tuairisc.ie, however, that the project was discontinued shortly after that announcement when it transpired no translator who was up to the task could be found.

“We couldn’t find a translator who could translate from the Arabic to Irish, and the project was canceled because of it. We may examine the possibility again in the future, but for the moment we have no plans to produce and Irish version of the Qur'an,” Selim said.

“We haven’t shelved it, it’s ongoing. There are problems, as I explained, but we are encouraged more than anything else. We should at least make a first attempt for those for whom the Irish language is a large part of their lives. If people who are fluent and those who love the language are not happy with the attempt, we will have to work on it more,” he said.

The Qur'an is divided into chapters called ‘Surahs’. Some Surahs have up to 300 verses in them and complex theological concepts are dealt with in them. Noonan said it would be better to start with a short Surah to see how the translation turns out.

“If we managed to do one or two short Surahs, and have Gaelic scholars look at those, to tell is what is good and what is missing, it would be a big step forward,” he explained.

Noonan has visited schools in the Gaeltacht (Irish-speaking districts) of Galway county, including schools on the Aran Islands, to speak to the pupils about his faith.

He brought with him the documents and verses that have already been translated to Irish and said that the school management is “over the moon” that the material was available in the children’s first language.

He said he hoped that more material, both religious texts and material explaining Islam, would be available in Irish soon and that he was certain that, eventually, an Irish version of the entire Qur'an would exist.

Maitiú Ó Coimín is a journalist with Tuairisc.ie, where a version of this article was originally published in Irish.