A Limerick mother, whose 14-year-old daughter died in hospital after an attempted suicide, is calling for stronger penalties for bullies in Ireland. 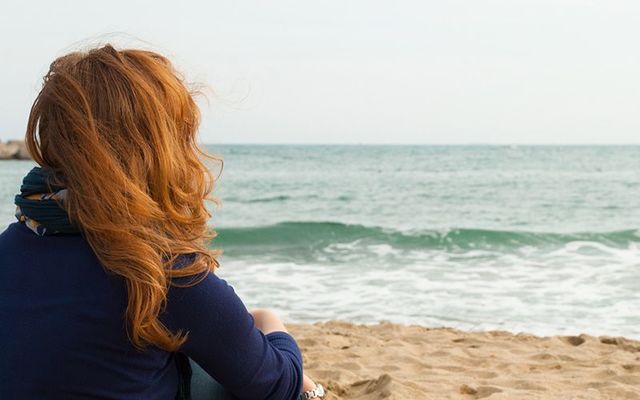 Bullying leads to two teenage girls deaths in the west of Ireland. iStock

A Limerick mother, whose 14-year-old daughter died in hospital after an attempted suicide, is calling for stronger penalties for bullies in Ireland.

Mary Sheehan, from Southill said she is "heartbroken" following the death of her daughter, Kayleigh Ryan-Sheehan, who had suffered a campaign of bullying. The 14-year-old had made an attempt on her life while she was on vacation with her extended family in Clonmel, County Tipperary.

Her mother spoke to her local newspaper on her daughter's birthday. The Irish Independent reports that the recent deal of Mia O'Neill (16), who also took her own life, spurred her to speak out.

Sheehan described her daughter a her "red-haired queen" and an "angel" when speaking to the Limerick Leader. She also called her daughter's bullies "vermin" and said she hopes they "rot in hell".

She said “Kayleigh was a lovely child. She was very bubbly. She had a great sense about her. She was more like an old soul. It’s still so hard.

“I’ve got nothing left. My whole routine is gone. I lived for her. I don’t see a purpose sometimes. But I will stand and fight until I take my last breath so I can get justice for my child. If I can help another little child and let them see that you can come, and there are people to talk to, I will. Don’t let these bullies take your life."

The grieving mother said Kayleigh was being “bullied by members of her own community”.

She said "The people who do this don’t understand the impact they leave behind on families. I miss her so much.

“These people need to understand that it’s not okay to be bullying children. Making fake [internet] pages and torturing them so much that they can’t bear it anymore, that they end their lives,” she said.

Sheehan told the Limerick Leader newspaper she hopes to work with the local council and Irish government to institute a law so people who bully can be prosecuted.

She added “These vermin robbed me of that. Robbed her of her dreams.”

When asked if she had a message for Kayleigh's bullies she said:

"I hope they rot in hell for what they did to me and Kayleigh. The pain and suffering bullies cause families. They are pure, genuine evil. How can you be so evil? These people, they laugh into your face. They get a kick out of it. I think they are mentally disturbed themselves.”

Sadly, Sheehan's story came to light just days after that of Mia O'Neill, a 16-year-old, from Newport, County Tipperary, who took her own life after racial abuse and bullying. O'Neill named her bullies in her suicide note.

O'Neill's grandfather, Willie, spoke to BreakingNews.ie about his first grandchild.

"It’s hard to talk about Mia in the past tense," said Willie.

"My heart is breaking for what happened to her, the bullying especially. Mia loved me and I loved her.

"It breaks my heart: I hate having to go the graveyard to visit her. She was very special.

O'Neill had been diagnosed with an emotional regulation disorder and had self-harmed previously, as a result of being bullied. She had suffered with mental health issues since she was 12. The teen had used the services of Child & Adolescent Mental Health Service, the Health Service Executive and Pieta House.

Her uncle, Marc, said she had been "failed" by a "flawed" system.

The O'Neill family have established a One Life Trust in the 16-year-old's honor.

Her uncle, Marc, said “It’s a living nightmare. We’ll never get over this. The only thing we can do is take positive steps for the future youth of Ireland.”

The family has identified a building in Newport, Co Tipperary, and hopes to provide a safe space for children aged from 12 to 18, along similar lines to that of Men's Shed.

In the same way as the Men’s Shed, they hope the model can be replicated across the country.

Marc, who was a volunteer with the charity Pieta House, said "We want to be strong for others who can’t.

"It’s still very raw. But we are trying to put our energy into something good."

If you need support or if you have been bereaved through suicide and wish to access supports visit www.samaritans.org.