Lee Parker and Jade Caughey were married on New Year's Eve to fulfill her dying wish. 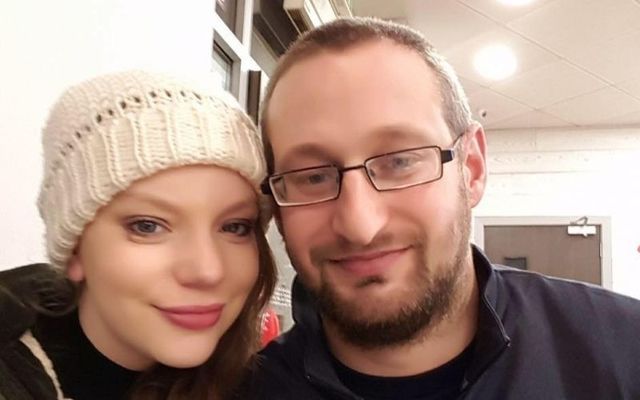 A Northern Irish woman has died just two days after her wedding following a long battle with cancer.

The 28-year-old had been playing for both her wedding and her funeral during Christmas week as her condition deteriorated and her husband said that she decided to bring the wedding forward as she knew she didn't have much time left.

"On the 31st of December 2020, Jade Caughey and I made the choice to bring our wedding forward," Lee Parker said in a heartbreaking Facebook post.

"She knew in herself that her time was getting shorter.

"We got married at home surrounded by close friends and family in a very intimate ceremony. Later that evening Jade fell asleep and sadly never reawakened."

He said that his wife passed away peacefully on January 2 while holding both his and her father Billy's hands.

"Our hearts are broken but at peace knowing Jade is no longer suffering," Parker wrote on Facebook.

So on the 31st of December 2020, Jade Caughey and I made the choice to bring our wedding forward.. she knew in herself...

A mother of two and a stepmother of one, Jane Caughey was diagnosed with cancer in her nasal passage in November 2019.

Although doctors told her that her cancer was "particularly aggressive", she underwent chemotherapy and radiotherapy in a bid to extend her life.

In December 2020, however, doctors told her that the cancer had spread to the back of her head and into her spinal cord, leaving her with just months to live.

Her final wish was to get married, according to her husband, and his cousin Marianne set up a fundraising page to cover the cost of their wedding and her funeral.

The fundraiser raised more than £17,000 ($23,000), while the couple received offers from photographers, caterers, and make-up artists.

Jade and Lee Parker were forced to hold the wedding in their own home and move it forward as her condition worsened, and they finally tied the knot in front of close family and friends in a very "intimate affair".

The couple had been together for eight years and engaged for seven prior to their wedding on New Year's Eve.

Jane Caughey is survived by her husband Lee and her two children Ben and James in addition to her stepson Kai.

Her funeral will take place at 3 p.m. on Friday, January 8, and her husband has asked friends and family to pay their respects as her cortege leaves Milne's Funeral Home in Portadown.

The funeral itself will be a private affair in keeping with Northern Ireland's COVID-19 restrictions.