Number of Irish millionaires has more than doubled in 9 years

Roughly 223,000 Irish households have net wealth of €1 million or higher, the equivalent of 12% of the total number of households in the country. 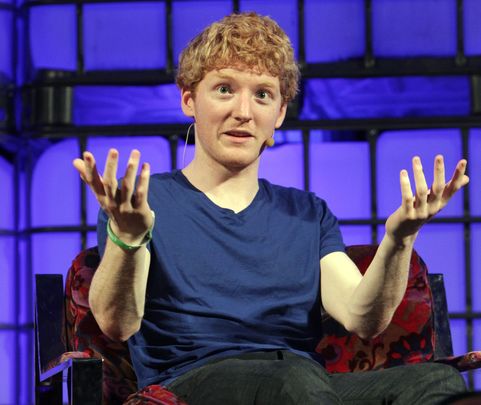 Patrick Collison, Irish brothers owners of Stripe with a current net worth of €9.5 billion. RollingNews

The number of Irish millionaires has more than doubled in the last nine years, according to figures released by the Irish Central Bank.

Roughly 223,000 Irish households have net wealth of €1 million or higher, the equivalent of 12% of the total number of households in the country.

The Central Bank data is based on the value of what a household owns minus what it owes.

The Central Bank said household wealth has increased across all income groups over the past nine years thanks to employment growth, increases in savings, and an increase in house values.

However, a Central Bank economist said Ireland's richest households accounted for almost all growth in asset value over the past nine years.

The richest households increased their net wealth through increases in the value of their homes in addition to increases in business wealth and financial investments.

The bottom 50% of households, on the other hand, have made gains in net wealth by deleveraging or paying off their debts, according to Pierce Daly, who authored the recent analysis.

"Overall, this declining indebtedness of the bottom 50pc plays a central role in falling net wealth inequality, however, one must be mindful of indications that some assets may have become increasingly concentrated among wealthier households in recent years, warranting further investigation," Daly said.

Almost two-thirds of all wealth growth over the past nine years came from increasing in house values, while one-third of increases came from business wealth and financial assets.

Accumaltive personal wealth in Ireland has now passed €1 trillion thanks to revaluations of properties and the growth of cash savings during the Covid-19 pandemic, according to the Central Bank.

Irish households currently own €649 billion worth of housing assets, eclipsing the previous record high of €604 billion set in 2007 during the Celtic Tiger.

However, the Central Bank figures does not accurately reflect individual households, with many struggling to deal with a cost of living crisis.