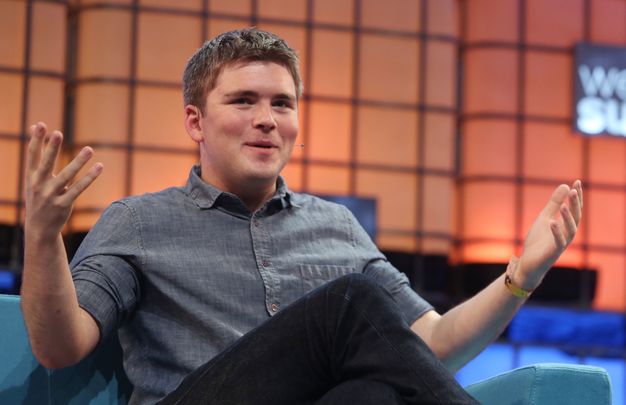 Stripe co-founder John Collison, one of the richest people in Ireland. RollingNews

The richest 300 people in Ireland have increased their wealth by a significant 7.3% to €93.7 billion in the last 12 months, despite the financial difficulties of the COVID-19 pandemic.

Of Ireland's 16 billionaires, eight have made significant gains in the last year, most notably Stripe founders Patrick and John Collison. The Collisons, who founded the financial services company in 2010, saw their personal wealth increase by a staggering  55% (€2.75 billion) since this time last year.

The Stripe founders are now worth €7.75 billion, according to the Sunday Times's 2020 Irish Rich List.

Larry and Kitty Goodman, along with their two sons Laurence and Mark, increased their personal wealth by almost €760 million to €3.21 billion in the past 12 months.

Larry Goodman has built his fortune off the ABP Food Group, which feeds 50 million people every week and employs 11,000 people across nine different countries.

Meanwhile, his son Laurence has a Drogheda-based property business that made an €8 million profit last year. His other son Mark is managing director at ABP Food Group.

Eugene, Gene, and Paul Murtagh, owners of global insulation company Kingspan, also saw their personal worth skyrocket in the past year.

The Murtaghs increased their wealth by €777 million in the last 12 months and now boast a fortune of €2.22 billion.

But it wasn't all good news for Ireland's wealthiest residents.

Chief amongst them were Hilary, Alannah, and Galen Jr. Weston, an Irish-Canadian family that has dominated the global retail scene.

The Westons recorded a €111 million drop in the past 12 months, perhaps unsurprising given the volatile nature of the retail industry during the COVID-19 pandemic.

However, they still sit comfortably at the top of the Irish Rich List with a personal fortune of €11.818 billion.

The biggest faller was Digicel found Denis O'Brien, whose fortune now stands at €1.14 billion after falling by €860 million in the past 12 months.

The Sunday Times' Rich List is a compilation of Ireland's richest 300 people that has been running for the past 24 years.