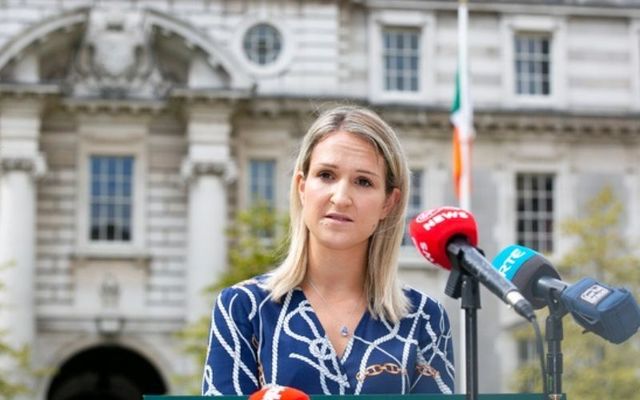 Ireland's Minister for Justice Helen McEntee has confirmed that she will bring legislation before the Irish Government that would make it illegal to share intimate images without the consent of the person in the image.

McEntee confirmed that she intends to add provisions to the Harassment, Harmful Communications and Related Offences Bill, which was introduced by the Labour Party two years ago and has been accepted by the Irish Government.

The provisions will be brought before the cabinet on Tuesday and will be debated by the Government in December.

The provisions come at a time when gardaí are investigating allegations that thousands of pictures of women were shared in online servers without the consent of the women in the pictures.

I know the recent leak of tens of thousands of intimate images of Irish women has caused so much upset and anger.

Some images have been shared in an online forum established to enable the sharing of explicit pictures of women and gardaí are investigating whether any of the images are of minors, which would make the sharing of such images a criminal offence under existing Irish law.

The forum, which was established on Discord, involved more than 500 users and has since been permanently deleted by Discord.

The images are believed to have been shared from subscription-based accounts like OnlyFans and from private messages between consenting adults on social media.

McEntee said that the issue had caused anger and upset for most people in Ireland and that she shared that anger. She said she wanted to ensure that anyone who shares similar images in the future will face serious criminal sanctions and said that she wanted to pass the legislation "as soon as possible".

The original Harassment, Harmful Communications and Related Offences Bill was introduced by Labour TD Brendan Howlin in 2017 and is currently in the Committee phase.