Irish journalist Bryan MacDonald has been sanctioned by the UK for his work at RT, a Russian state-affiliated network that the UK describes as a "major source of disinformation." 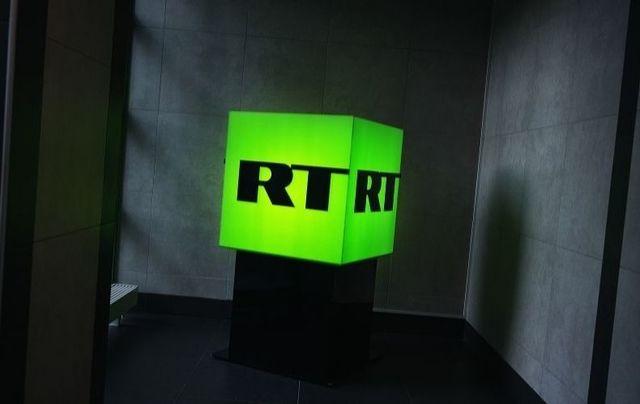 RT, where Irish journalist Bryan MacDonald works, is accused of having "churned out dangerous nonsense dressed up as serious news to justify Putin’s invasion of Ukraine." Getty Images

A Russian-based Irish man has been sanctioned by the UK Government due to his work for state-affiliated television network RT.

Bryan MacDonald, who is also known as Brian McDonald, has been included in a new round of sanctions announced by the UK on May 4.

Individuals linked to Russian newspapers or other media have had their assets frozen by the UK as part of the sanctions, while Russian media organizations have also been targeted.

MacDonald is the first Irish citizen to be sanctioned by the British following the Russian invasion of Ukraine, the Irish Times reports.

"Bryan MacDonald is head of Russia Desk for the English language edition of RT (formerly Russia Today), the Irish man's entry on the UK's Office of Financial Sanctions Implementation list reads, which notes that he was born in Kilkenny.

"Therefore, as an employee of RT, McDonald is a member of, or associated with, a person involved in destabilising Ukraine or undermining or threatening the territorial integrity, sovereignty, or independence of Ukraine, or obtaining a benefit from or supporting the Government of Russia."

Announcing new sanctions on May 4, the UK said RT is a "major source of disinformation" in Russia.

Commenting on the new sanctions, the UK's Tech and Digital Economy Minister Chris Philp said: "For too long, RT and Sputnik have churned out dangerous nonsense dressed up as serious news to justify Putin’s invasion of Ukraine.

"These outlets have already been booted off the airwaves in Britain and we’ve barred anyone from doing business with them. Now we’ve moved to pull the plug on their websites, social media accounts, and apps to further stop the spread of their lies."

McDonald told the Irish Examiner that the sanctions "reflect badly" on the British Government.

He added: “What makes this ruling even more ridiculous is that I ran the (online) desk to the highest professional standards.

“We did not engage in any disinformation. Our output was balanced and rigorously fact-checked. Under no metric could it have been considered ‘propaganda.’ In fact, this seemed to upset some people as they wanted RT to fit a particular narrative.”

McDonald said that the financial penalties imposed were “beyond hilarious” as he has no money or assets in the UK.

RT has been taken off the airwaves in the EU and the UK since the Russian invasion of Ukraine began at the end of February.

On February 24, McDonald said on Twitter that he "genuinely" didn't believe that Russia would attack Ukraine, but apologized for "getting it so badly wrong."

I genuinely didn't believe Russia would launch a full-scale military attack on Ukraine. Like most journalists, analysts & pundits based in Russia, I thought it was sabre-rattling or a bluff to force the West's hand in negotiations.

I apologise for getting it so badly wrong. https://t.co/K9InUdA4FS