Irish heritage is potentially linked to this deadly disease

An English politician has claimed that those with Irish ancestry are at an increased risk of bowel cancer. 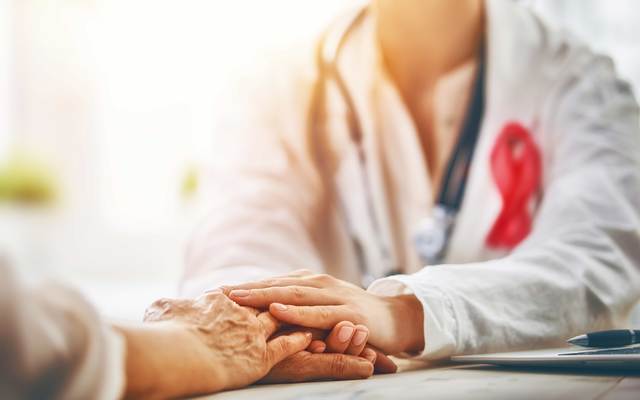 Female patient listening to a doctor in the medical office. Getty

Are Irish people more likely to have bowel cancer?

Ireland ranks tenth out of 40 European countries in colon cancer incidence and politicians and medical professionals in Liverpool, England, are investigating claims that Irish heritage could be linked to an increased risk of bowel cancer.

Sharon Sullivan, a councilor who sits on the Social Care and Health Select Committee, made the revelation at a Town Hall meeting that discussed the low uptake in a bowel cancer screening program in the city.

She stated that a doctor had told her of the increased risk for the Irish during a recent hospital visit for a colonoscopy. If true, the revelation could be particularly concerning in Liverpool where a large percentage of the population is of Irish descent and where the bowel cancer screening cancer has not seen many participants.

The committee is now said to be investigating the connection.

Liverpool is known for having a very strong Irish heritage, perhaps only second to Glasgow in terms of the number of residents who claim Irish ancestry.

Sometimes dubbed “the real capital of Ireland” by its residents, it is estimated that three-quarters of Liverpool’s population has Irish roots and they celebrate their rich heritage each October with the Liverpool Irish Festival.

Many of those who traveled to Liverpool from Ireland were refugees of the Great Hunger and the Irish population spiked in the city during the famine years, with 300,000 arriving within the first five months of 1847 alone. Such was the massive numbers of Irish emigrants, it is believed 18 percent of the city’s population in 1851 was born in Ireland.

Fewer people are undergoing bowel cancer screening because they believe that a diagnosis of the disease is a death sentence, a new survey suggests. via @irish_news #BowelCancer #ColorectalCancer https://t.co/XCKXrYu3cg pic.twitter.com/BoS9ibIi0U

Earlier in September 2018, Belfast scientists are believed to have found a bowel cancer treatment which may improve survival rates.

The researchers from Queen’s University are said to have unearthed a new therapeutic process that targets and kills bowel cancer cells.

“This research focused on an aggressive subgroup of colon cancers known as ‘Braf mutants’. These cancers are not only extremely aggressive, but they do not respond well to conventional cancer treatments,” said research leader Dr. Nicholas Forsythe.

“Unfortunately, this means patients diagnosed with a Braf mutant cancer have a very poor prognosis.”