The Health Service Executive have confirmed that 17 Irish women of the 208 affected by the smear test scandal have died. 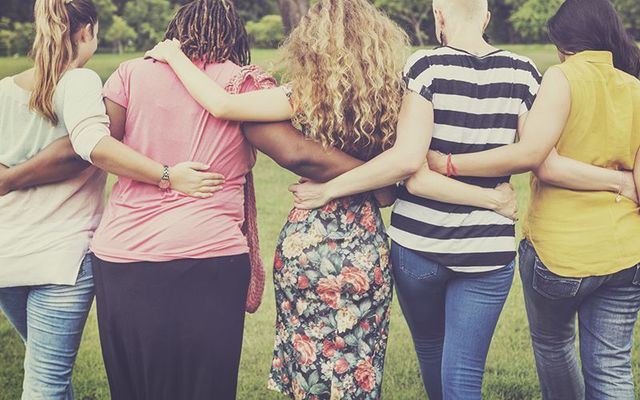 HSE revealed that over half of the 208 women affected by the cervical check controversy were not told of the delay in their cancer diagnosis. iStock

The Health Service Executive have confirmed that 17 Irish women of the 208 affected by the smear test scandal have died.

The revelation comes after an audit into the free cervical cancer screening service, CervicalCheck.

The review undertaken by the HSE also revealed that over half of the 208 women affected by the cervical check controversy were not told of the delay in their cancer diagnosis.

The HSE has announced a new governance structure for the CervicalCheck program, bringing it under the management of the National Women and Infant Health Program.

Read More: Vicky Phelan faces deadly cancer battle she should not be fighting

As she tells Ray about her recent court action Vicky Phelan reacts to new just in that the Clinical Director of CervicalCheck, Dr Gráinne Flannelly is to resign. #raydarcyshow pic.twitter.com/5BWdiLkK2Z

Limerick woman Phelan has helped expose the negligence of CervicalCheck. The mother-of-two was not informed about an incorrectly reported 2011 smear test until 2017, despite a 2014 audit which showed the test analysis was wrong.

What an extraordinarily courageous,strong&wonderful woman Vicky Phelan is - the woman at the centre of the cervical smear misdiagnosis scandal. In Limerick to interview her for Sunday with Miriam in the morn @RTERadio1 10am. Also in the morn,we’ll be joined by the gt Mary Black pic.twitter.com/A6n8qJgGN9

HSE Serious Incident Management Team Patrick Lynch confirmed that 17 women have died. Their cause of death was not known at this time, he said.

Of the 208 women affected that survive, they are due to be contacted by tomorrow.

Highlighted by the scandal and confirmed an inquiry will be established to find out the full facts of these cases.

"We'll do everything we can to restore confidence in these programs" Varadkar said. “Cancer screening does work.”

Minister Harris also personally called Phelan to thank her for continuing to promote cervical cancer screening and encouraging women to get checked.

The Cabinet is also expected to discuss the possibility of making compensation payments to the women in question.

Phelan, who is terminally ill, was paid out €2.5m by a private US lab who conducted her smear review.

VIDEO “If I die...” - Mum of two Vicky Phelan (43) gives emotional statement outside court after case against US lab was settled for €2.5m. In 2011, she was wrongly told she didn’t have cancer. She now has less than a year to live. pic.twitter.com/IBk24JrUm5

Former Clinical Director of CervicalCheck, Dr Gráinne Flannelly stood down from her position on Saturday night.

In a statement, she said, "I would like this evening to announce that I have taken a decision to stand aside from my role as Clinical Director of CervicalCheck with immediate effect. I am sorry that recent events caused distress and worry to women. I have decided to step aside to allow the Program to continue it's important work.

"I would like to take this opportunity to thank each and every one of the doctors, nurses and programe staff of CervicalCheck for their continued hard work and commitment towards delivering a first-class service for the women of Ireland."

The HSE is planning to announce a new Clinical Director for the CervicalCheck program within the coming days.