Irish heatwave to continue with temperatures set to soar to 29C

Forecasters have indicated that Ireland could be on the edge of a scalding heatwave that could potentially see temperatures reach 43C in the southeast of England on July 17. 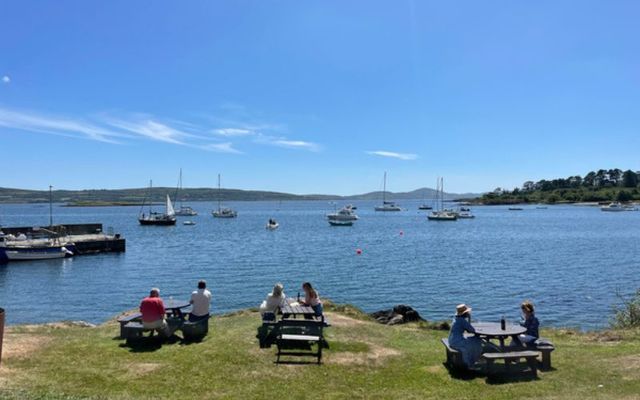 Ireland is set for 10 days of glorious weather due to an ongoing heatwave, hit temperatures set to reach as high as 29C by the weekend.

Forecasters have indicated that Ireland could see the edge of a scalding heatwave that could potentially see temperatures reach 43C in the southeast of England on July 17.

Carlow Weather's Alan O'Reilly said temperatures in Ireland could soar as high as 29C if a hot plume arises in Europe. A hot plume is a phenomenon that sees warm air move from the Iberian Peninsula or the Sahara Desert toward northern Europe and is not uncommon.

O'Reilly said the event was "one to keep an eye on" but added that it will be short-lived.

Weather models continue to show a risk of a hot plume around the 17th. Mid thirties in England and possibly up to 29c in Ireland in a worse/best case scenario depending on your outlook. Certainly one to keep an eye but it will be a short lived event. pic.twitter.com/SK3fvwgNr4

Temperatures are set to reach 25C in Ireland on Monday before dipping slightly on Wednesday and Thursday, with increased outbreaks of scattered rain.

Met Éireann predicts that temperatures will begin to rise again on Friday, reaching 24C in some parts of the country.

However, the Irish meteorological service is yet to release its forecasts for July 17.

Steven Keates of the UK Met Office said the UK could see "record-breaking heat" next weekend.

"We’re in for a real rollercoaster which may take people by surprise," Keates told the Sun.

"Next weekend we could have some really exceptional record-breaking heat and it will ramp up suddenly - like someone has turned on the gas.

"Some models from America indicate we could see 43C in East Anglia next Sunday, which would obliterate the current UK record."