The Irish Government has launched the €10 million Tillage Incentive Scheme after the Russian invasion of Ukraine fuelled concerns about the security and stability of grain imports to Ireland. 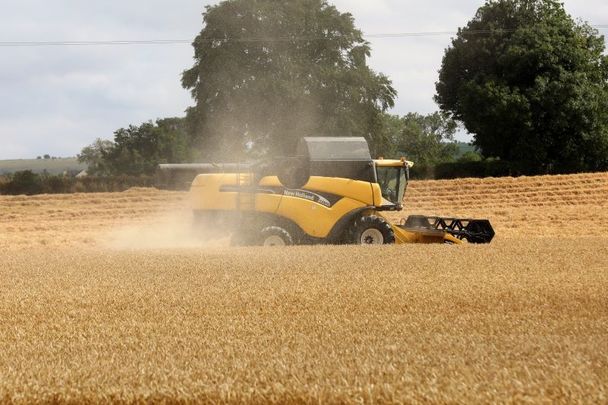 July 2018: A field of cereal crops being harvested on a farm field outside Rathangan in Co Kildare. RollingNews.ie

Irish Agriculture Minister Charlie McConalogue has called on Irish farmers to grow more barley, oats, and wheat in response to the Russian invasion of Ukraine.

The Irish Government has launched a multi-million euro scheme in a bid to encourage farmers to grow more crops after the Russian invasion fuelled concerns about the security and stability of grain imports to Ireland.

The €10 million Tillage Incentive Scheme aims to incentivize farmers to grow additional tillage crops. Russia and Ukraine are significant sources of global cereal exports, so the price and availability of cereals globally are impacted by the situation in Ukraine and the sanctions on Russia, the Irish government said.

McConalogue said in a statement that the Irish Government had moved quickly following the Russian invasion of Ukraine to encourage Irish farmers to grow more crops.

"We have acted quickly to put this package in place and I am grateful to my Department and everyone in the sector for working so hard to deliver it."

He added: "I urge farmers to take account of the Tillage Incentive Scheme when deciding on crops to sow in the coming days and weeks."

He said the scheme would help contribute toward the "increase in the cost of growing crops in 2022".

Martin Heydon, Ireland's Minister of State at the Department of Agriculture, Food and the Marine, said: “From the outset of the illegal invasion of Ukraine we have seen a strong, coordinated response across the EU in all areas including the agri-food sector.

"This scheme is an important part of Ireland’s response to support farmers and it contains a number of options those interested should consider.”

The Russian invasion of Ukraine on February 24 has caused the already-high prices of essential items such as fertilizer to climb even higher.

Irish farmers had previously said that meeting ambitious targets would be a challenge given the current economic climate.

Applications for the Tillage Incentive Scheme will close on May 16, 2022.