Restaurants in Ireland were allowed to reopen on Friday, as the country returned to level three restrictions. 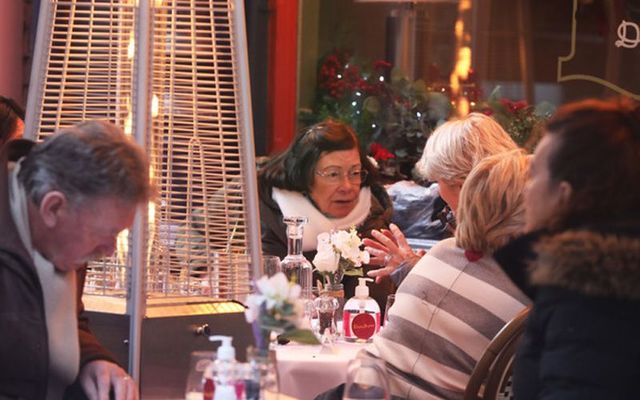 Customers dining in a Dublin restaurant after COVID-restrictions were lifted on Friday. RollingNews.ie

Restaurants and gastropubs in Ireland have been hit with an overwhelming number of bookings as the country comes to the end of a six-week lockdown.

On Friday, restaurants and pubs that have a kitchen and serve food were allowed to reopen, as COVID-19 restrictions in the Republic of Ireland eased from level five (the most severe) to a level three.

Restaurants and gastropubs are struggling to cope with the vast number of bookings coming in.

The Irish Independent reports that some €50m ($61m) will be spent on hospitality this weekend, despite the icy and wet weather conditions.

In Cork and Dublin, most venues are already fully booked for this weekend, which may prove to be the busiest of the year for Ireland’s hospitality industry.

Martin McCaffrey, the owner of The Hole in the Wall pub on Blackhorse Avenue in Dublin, said they are no longer taking online reservations after the number of bookings coming in crashed the system on Wednesday. He told the Irish Independent they received more than 1,500 emails in two days from customers wanting to book a table.

“We’ve had to put two staff on the switchboard to ring people back to confirm bookings, it’s been manic,” he said.

Luigi Malones, a restaurant in Cork, was completely booked up for every Saturday night until New Year’s just three hours after their booking system went live. 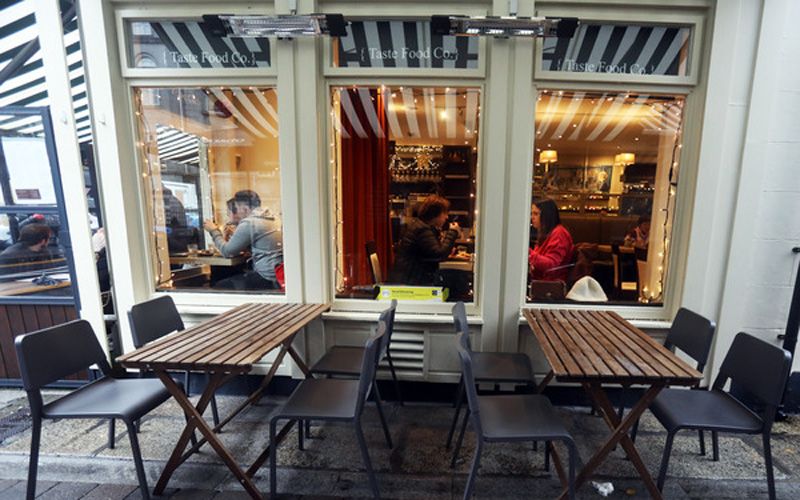 Customers having lunch in a restaurant after Ireland lifted COVID-19 restrictions. Credit: RollingNews.ie

“We went live for bookings after it was confirmed that restaurants would be allowed reopen for the Christmas season. It was absolutely crazy. We thought the booking system might crash because the demand was so great,” said Morad Gharib, the restaurant’s manager.

Hotels, which have been allowed to open their restaurants, are also seeing an increase in demand, despite the inter-county ban which remains in effect until December 18.

Aaron Mansworth, the director of Trigon Hotels in Cork, said they have had strong booking for dining, but overnight accommodation has been limited by the travel ban.

“We have had good bookings but mostly for after the December 18 period,” he said.

“About 70pc of hotel bookings come from out-of-county customers so the inter-county travel ban has obviously had an impact.”

Adrian Cummins, CEO of the Restaurants Association of Ireland (RAI), said: “December usually makes up 30pc of the hospitality sector’s profits, so this weekend will make up 10pc alone.

“We’re expecting at least €50 million across the board.”

As restaurants and gastropubs reopen, they have to adhere to the public health guidelines put in place, RTÉ reports.

The maximum number of people allowed to sit at each table is six, but the members of the party can be from different households. Multiple table bookings for the same group is not allowed.

Dining time is limited to one hour and 45 minutes unless the tables are spaced two meters or more apart.

Venues serving food and beverages have to be cleared of all customers by 11.30pm.

"Wet" pubs that do not serve food remain closed, but are allowed to offer delivery and takeaway services.