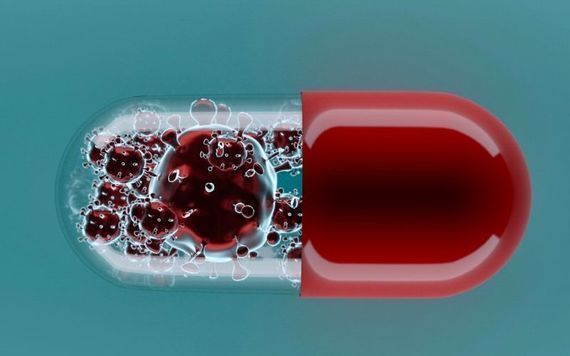 Molnupiravir works like a vaccine and stops the spread of COVID-19. Getty

An Irish-based pharmaceutical giant is in "advanced stages" of manufacturing a tablet treatment that can stop the spread of the coronavirus, according to Tanáiste Leo Varadkar.

Varadkar told a Fine Gael parliamentary meeting on Wednesday that MSD Pharmaceutical - known as Merck & Co. in the United States - is close to developing a drug that could fight COVID-19.

The pharmaceutical giant, which has bases in Carlow, Cork, Dublin, Meath, and Tipperary, is currently testing Molnupiravir, a drug taken orally that triggers errors in the virus's RNA and inhibits its ability to spread from person to person.

The drug works by attacking the RNA of the virus and prevents it from making copies of itself. A study on ferrets last month found that the drug was efficacious at preventing the transmission of the virus 24 hours after it was administered.

MSD Pharmaceutical is currently testing Molnupiravir on hospitalized and non-hospitalized COVID-19 patients in the UK and the US and is working in collaboration with Florida-based pharmaceutical company Ridegeback Bio.

MSD Pharmaceutical has also developed a second drug that modulates the immune response to COVID-19 and reduces the risk of death and respiratory failure in patients hospitalized with severe COVID-19 by more than 50%.

The company also recently discontinued two experimental coronavirus vaccines after initial trial results suggested that the immune response generated by both vaccines was inferior to other vaccines and natural antibodies following infection.