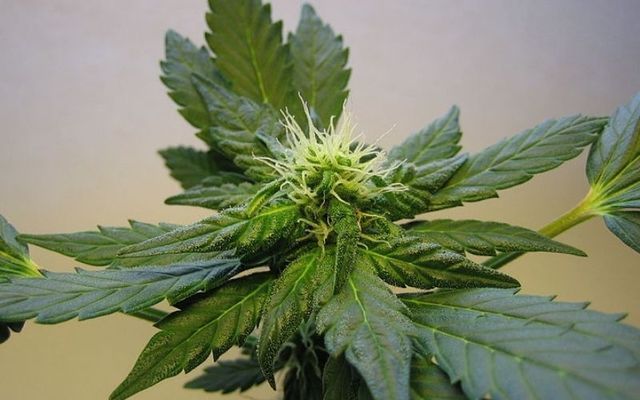 The Irish Farmers Association (IFA) is urging the Irish Government to introduce legislation that would allow farmers to produce medicinal cannabis.

The Sunday Times reports that Fintan Conway, an executive secretary with the IFA, sent an email to Marie Egan, a pharmacist with the Irish Health Department, in January this year seeking a meeting between the two bodies to discuss how hemp could be used to produce medicinal cannabis.

Hemp is a strain of the cannabis plant with low levels of THC - the psychoactive component that is found in marijuana - and its growth is heavily regulated by the Health Products Regulatory Authority.

Conway told Egan in the email that Ireland had the potential "to become a major player in the developing international market for industrial hemp, CBD oil and medicinal cannabis".

He said that state agricultural body Teagasc had found that Ireland's temperate climate and soil type were ideal for producing hemp on a large scale.

Conway also told Egan, who works with the medicines, controlled drugs and pharmacy section of the Health Department, that proper regulation needs to be in place in order for hemp production to realize its full potential in Ireland.

He said that allowing farmers to grow plants with higher CBD content would enable hemp production to reach its potential. CBD oil is used in medicinal cannabis and Ireland currently allows hemp flowers of 3-5% CBD content.

Conway argued that allowing hemp plants with a CBD content of 15% would potentially treble returns for Irish farmers, who currently take in about €5,000 per tonne of the flower.

He also appealed for some flexibility in relation to THC, the psychoactive component of hemp.

"Under Irish legislation, if CBD products or preparation contain even minute quantities of THC they are considered as controlled drugs. In order to develop the industry in Ireland, the legislation should be amended to exempt finished products where the THC content is equal to or less than 0.3 per cent," Conway wrote in the email.

Meanwhile, Pat Farrell, horticulture expert with the IFA, appeared on Newstalk Breakfast on Friday, Oct. 16 to further discuss the growing of medicinal cannabis in Ireland.

"What we want is that you can grow cannabis plant, but they must be less than .3% of THC content - but they can have a limit maybe of CBD up to 15% or more."

Farrell said that the production of medicinal cannabis would be heavily regulated as he sought to assuage fears that it would be used for recreational purposes.

Farrell said that the Irish tillage sector has declined by about 20% since 2012 and that farmers were looking for alternative methods to boost profits.

"We're always kind of looking for alternative or niche markets - and hemp is one of those," he said.

The Irish Government is exploring the possibility of legalizing medicinal cannabis in some form.

Former Minister of Health Simon Harris introduced legislation in 2018 that would allow for the operation of a medicinal cannabis program on a pilot basis for five years to explore the feasibility of legalizing the product.