Hemp was once extensively grown in Ireland to produce ropes, riggings and sails for ships at a time when sailing was the chief mode of transport. 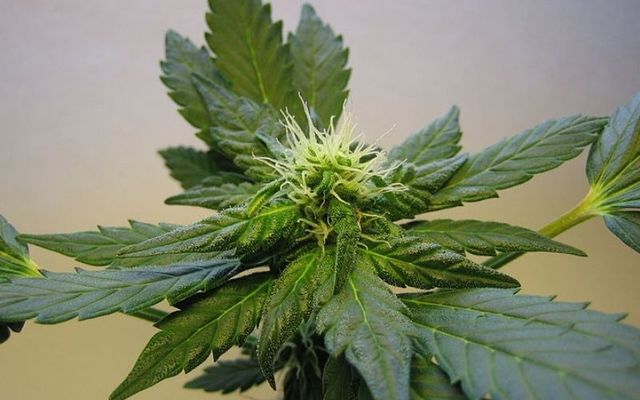 Hemp is one of the oldest cultivated plants in Ireland. Wikimedia Commons

Kim Kindersley and Michael Ó Lionsaigh have been producing CBD oil from their hemp crops as global demand for the oil increases due to its perceived medical qualities.

Both farmers believe that the cannabis plant, which is one of the oldest cultivated crops in Ireland, could help reinvigorate rural Ireland and Irish farming.

Hemp was once extensively grown in Ireland to produce ropes, riggings and sails for ships at a time when sailing was the chief mode of transport.

Now, the plant is used to make CBD oil, which consists of less than 0.3% THC. THC is a psychoactive that produces the highs associated with cannabis use.

CBD oil is enjoying unprecedented popularity around the world and Kindersley and Ó Lionsaigh believe that the time is right for hemp production to return to Ireland in earnest.

"It could bring life back to rural Ireland," Ó Lionsaigh told the Irish Independent. "Growing it here with family and friends gives us all a connection to the land."

Kindersley, who is a descendant of the people who invented Guinness, met Ó Lionsaigh while he was in Kenya studying herbal medicines and the pair agreed to grow hemp together back in Ireland.

The Drumlins in County Cavan offer ideal conditions for the hemp plant to thrive in and Kindersley and Ó Lionsaigh began to produce the plant in the Ulster county.

The pair attributed the renewed interest in hemp to the growing popularity of CBD and cannabis throughout the world. However, they pointed out that hemp and CBD oils can't give users a high.

"CBD oil has remarkable properties," Kindersley told the Irish Independent. "More and more people who were skeptical have taken it and it has changed their lives."

The two hemp farmers believe that the plant could provide a "lifeline" for Irish farmers because it revives the soil and can produce a wide array of products.

"This is a totally organic product, it brings people back to their roots," Ó Lionsaigh said.

Everything on the 12-acre farm is organically grown and hand-harvested, the farmers said, and they say that the biodegradable plant can be used in everything from the production of 3D printers to building houses.

The production of hemp and CBD oil is heavily regulated due to their close ties to cannabis and the two farmers believe that the regulations play into the hands of pharmaceutical giants seeking to dominate the CBD market.

They believe that independent hemp farmers are helping to preserve farming heritage while simultaneously helping people to deal with life.

They encouraged more people to get involved in hemp production.

"Hemp can bring people back to their roots; this plant is in our DNA," Ó'Lionsaigh said.