2020 Census could be an opportunity for America’s Irish

In a proposed change to the 2020 U.S. census, “Irish” has its own box but the space below could be used to add in another origin such as Scottish, or Welsh. 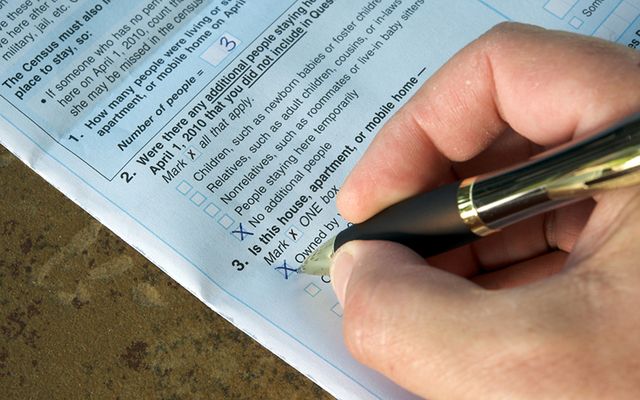 Filling out the census iStock

It is still three years away but work is already underway in formulating the questions to be asked in the 2020 United States census.

And a first look indicates that respondents will be able to claim ancestral ties to specific countries, as was the case in the 1980 and 1990 census, a double take that gave birth to the now fabled 44 million Irish Americans.

Since 1990 the estimate of the number of Americans claiming at least some Irish heritage has been up and down like the proverbial yoyo.

It has inhabited a space roughly defined by that 44 million at the top, and down to the low to middle thirties.

“Here in America, over 35 million people claim Irish heritage and the Irish have contributed to the economic, social, political and cultural life of this great country over the past 200 years,” said Taoiseach Enda Kenny in his 2017 St. Patrick’s Day White House remarks.

It’s a funny thing, but if the 1990 estimate was accurate, and the national population has continued to rise with each passing year, shouldn’t we be sending out search parties for all those missing millions of Irish Americans?

That’s because there is a fair bit of subjectivity in the entire matter of denoting one’s ancestry in a census take, a pen and ink process that doesn’t come with a DNA test kit.

The 1990 census in particular has gone down in Irish American lore as the big count that offered up the high water mark figure of 44 million.

The number of Americans revealing themselves as Irish American had declined sharply when the U.S. Census Bureau revealed details of the 2000 Census.

Thirty million Americans listed “Irish” or “Celtic” as an ancestral identity in that national count.

The story behind the number here was both a long one and a short one – literally.

Long and short versions of the census form were distributed by the Census Bureau for the 2000 count. One in six households received the long form, everyone else got the short version.

The 2000 census concentrated on breaking down the backgrounds of Hispanics, Asians and Pacific Islanders.

Absent was a category for Euro-Americans.

And it wasn’t just the Europeans who were feeling left out that year.

African-American respondents had no place to go after simply describing themselves as "Black, African Am., or Negro."

It would have been fascinating to discover how many African Americans felt a kinship with Ireland.

Newsday columnist at the time, Sheryl McCarthy, an African American, was but one who was frustrated with this limited array of questions.

Under the headline "The Census Asks a Few Pathetic Questions," she wrote that she was toying with the idea of also checking white for her likely Irish ancestry.

"I have no concrete proof of the latter, but my surname is Irish, which says something," she wrote.

"I also went to see ‘Riverdance,’ sat through an endless production of ‘Long Day’s Journey into Night’. . . have read ‘Trinity,’ a two-volume biography of Eugene O’Neill and a book about the Great Famine, watched ‘The Irish in America’ on PBS, and paid good money to see ‘Dancing at Lughnasa’ and ‘The Three Trials of Oscar Wilde.’ If that doesn’t qualify me as part Irish and therefore multiracial, I don’t know what would."

Problem was, if Sheryl ticked off white as well as black, as she could in fact do, there was no sub-question asking which ethnic/national background she preferred.

The 44 million high water mark was a result of census forms that allowed for a significant degree of choice when it came to ethnic or racial self-identification.

The number was reached by combining responses from Americans who considered their ancestry to be either “Irish” or “Scots-Irish.”

The “Irish” total was 39 million, with the “Scots-Irish” pulling the number up to 44 million.

The 1990 Census was so generous with its questions that it even allowed for responders to fill in a separate category for being simply Scottish American with no Irish ingredient at all.

There were over five million respondents in that category.

The 2000 census, which was drawn from information supplied by respondents in answer to both short and long forms, did not ask the kind of detailed questions regarding ethnicity as the previous two census tallies.

However, one trend did emerge strongly from the 2000 calculations. More people were inclined to simply call themselves “American.”

The effect of this was an apparent reduction in the number of people citing ties, not just to Ireland, but also to Germany, England and other countries.

So the 44 million were still out there.

But many of them were in apparent hiding.

The 2010 Census resulted in a tally released by the Census Bureau amounting to 34.7 million Irish.

Still impressive, but yet another example of the roller coaster ride for the estimate of America’s Irish.

A proposed form released by the Census Bureau shows that there will be a tick box allowing respondents to declare their Irishness.

The “Irish” box will be one of six under an overall category designated “White.” The other five boxes will apply specifically to German, Italian, Polish, English and French respondents.

Under these will be another box if you don’t match any of the top six. So if a respondent is, for example, “Dutch American,” this lower is where the response will be written down.

Crucially, respondents will be allowed to fill more than one box if they so choose.

This was the case in 1980 and 1990 when Irishness came in frequently as a first preference - even when respondents were able to add in other ethnic backgrounds.

The anticipated wider choice in 2020 is already being taken note of by an array of national and ethnic groupings.

“Information received from the Census suggests that the 2020 forms will be designed to allow for individuals of Caribbean heritage, and of all heritages, to fully self-identify their diverse heritage,” reported the online News Americas site.

Stand by then for the Caribbean Irish!

A word of caution, however.

A census costs a lot of money.

There are questions swirling around the willingness of the current administration and Congress to sufficiently fund the 2020 count.

As with the focus of the census itself, its very existence, and ultimate accuracy, is all about the numbers.

This article appears courtest of the Irish Echo. For more, visit their website here.