Dr. Fardod O’Kelly detailed how a Chicago man wrapped his own penis in rubber bands for three days, stating that the organ had begun to die. 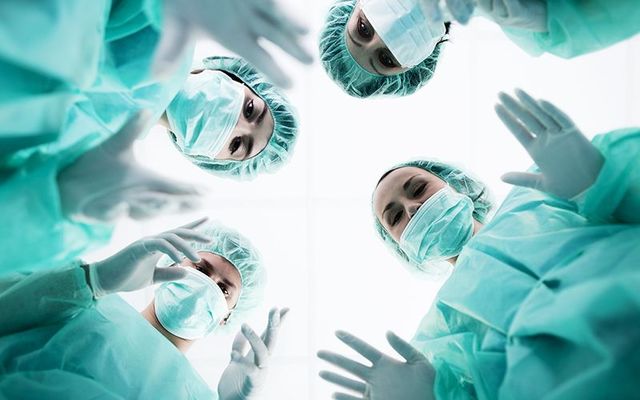 Dr. Fardod O’Kelly, a urological surgeon at the Beacon said that "strangulation cases like this are thankfully rare".  iStock

An elderly Illinois man, suffering from dementia, required emergency surgery after wrapping rubber bands around his penis for three days, according to an Irish doctor from the Beacon Hospital, in Dublin.

Dr. Fardod O’Kelly, a urological surgeon at the Beacon, told the Daily Mail that "strangulation cases like this are thankfully rare".

"The arterial compression means no blood flow in, and that means no oxygen supply, so the organ begins to die," he told the Daily Mail.

The unnamed 81-year-old male was initially admitted to hospital after suffering from diabetic ketoacidosis - a potentially deadly reaction to low levels of insulin.

While at the hospital, the man's wife told doctors that he had wrapped his scrotum in rubber bands and refused to remove them for three days.

A subsequent examination revealed that the man's penis was severely swollen and had turned purple and yellow, indicating that it had begun to die.

Doctors concluded that the rubber bands, coupled with the man's poor circulation, had stemmed blood flow to his penis in "a necrotic or gangrenous state", according to the study in Urology Case Reports.

Doctors burned away the dead flesh on the penis with a hot wire and excised it with scalpels, while they also drained a reservoir of urine that had pooled in the man's urethra with a catheter.

Thankfully, the patient had recovered within five days thanks to antibiotics.

O'Kelly said that the patient could have lost his penis if he left the rubber bands on any longer.

"An organ like the penis could probably tolerate this for a couple of hours (if you don’t pass out with the pain), however eventually the pressure becomes too great and the arteries become compressed as well," he told the Daily Mail.

"In theory, if you left it long enough the penis could fall off, but I’ve never seen that happen."