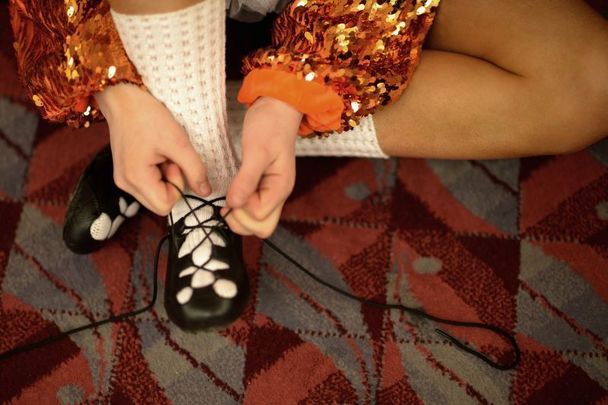 Jamie Hodges alleged that allegations had "destroyed" his career. Getty

An Irish dancing champion has claimed that rivals falsely accused him of sending an explicit video to underage girls in a bid to undermine his teaching career.

The 32-year-old was set to open his "On the Move" summer camp in the New York-New Jersey area this summer when Molly Lutwin of Francis Academy of Irish Dance alleged that the school sent a bizarre clip of a naked woman to two underage girls.

The "On the Move" summer camp was expected to sell out in its inaugural year before Lutwin made the allegations, according to Hodges.

She alleged that the school sent a video to two of her female students, who were both under the age of 14, claiming that the video involved a naked woman who had her private parts covered by graphics.

The two girls ran their own Irish dancing account on Instagram, according to the New York Post, and had agreed to upload a promotional "On the Move" video when they allegedly received the explicit video instead.

Hodges has now filed a defamation lawsuit against Lutwin in a Manhattan federal court, stating that her claim was an "outrageous and completely false assertion".

He alleged that an official with the Irish Dance Teachers Association of North America read Lutwin's allegations aloud to hundreds of instructors at the association's annual meeting in New Jersey last January, labeling it "character assassination".

Tom Fini, who represents Hodges, said that his client's reputation had been destroyed by untrue accusations.

Lutwin also repeated her accusations to Irish dance teachers in the United Kingdom, where Hodges lives, according to the lawsuit.