The pair were both battling cancer but passed away in their sleep. 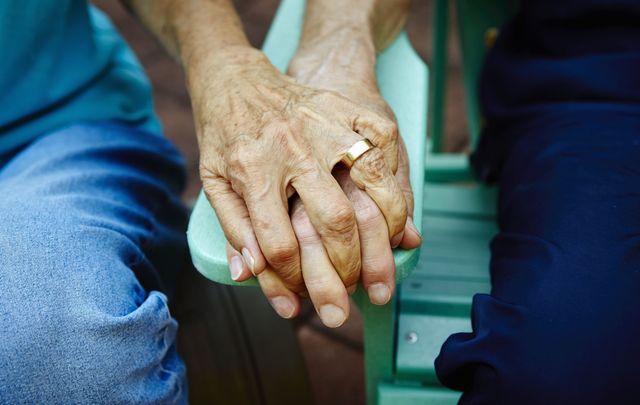 Tom and Mary Ford passed away in their sleep at Bantry General Hospital and were laid to rest together on Monday.  Getty

Tom and Mary Ford were married for over three decades and passed away in the same hospital within 40 minutes of each other.

A couple from Co Cork recently passed away from cancer within minutes of each other after 32 years of marriage. Tom and Mary Ford passed away in their sleep at Bantry General Hospital and were laid to rest together on Monday.

Mary had recently been moved to the Cork hospital so she could be close to her husband in her final moments and according to her brother-in-law, the passing almost seemed like fate.

Read more: Elderly Irishman learns how to do wife’s makeup and the reason will break your heart

Cork couple married for 32 years pass away from cancer within minutes of each otherhttps://t.co/TQtQumHThx

“Mary rallied and rallied," her brother-in-law Richie Fitzgerald told The Echo in Cork.

"She had been diagnosed with cancer before but this was a short battle. In the end, they both died in their sleep within 40 mins of one another.

"We’re not sure if that was meant to be, but it looked that way.”

"Tom and Mary were very well known around the West Cork area, particularly across the trotting and harness racing community which is where I would have been most familiar with them," said Mayor of County Cork Christopher O'Sullivan.

"It's very touching they both went within the same short period of time, but my thoughts go out to the family."