Dr. Orla Flynn, the president of Galway-Mayo Institute of Technology, apologized for the "data breach" that featured lecturers insulting students after virtual presentations. 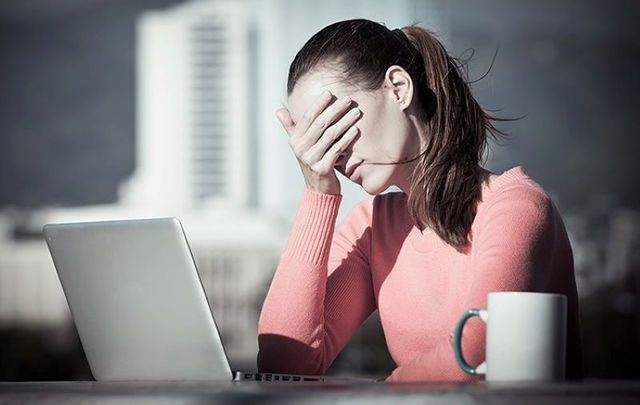 The president of GMIT described the incident as a "data breach." iStock

Dr. Orla Flynn, the president of Galway-Mayo Institute of Technology (GMIT), has issued an apology after audio featuring two lecturers insulting students was leaked as part of a “data breach.”

In a brief statement shared on GMIT’s website on December 14, Dr. Orla Flynn, the president of GMIT, said: "I would like to wholeheartedly apologise to our students for the data breach that has caused such deep hurt and dismay.

“GMIT is known as a student-centred institute and some of the comments made by our staff do not reflect the values to which we aspire.

“We are taking the breaches of GMIT policies and data protection legislation very seriously.

“Apologies will be issued to the students directly concerned.”

According to The Irish Times, two GMIT lecturers “forgot to switch their cameras off after watching virtual presentations, and were overheard using offensive and insulting language to describe what they had seen.”

One of the lecturers reportedly said: “I thought that f**king [name], I thought he’d never – and he’s sick, that lad – I didn’t like to, and eventually I said I have to do something, and he still didn’t stop.”

The other responded: “I couldn’t take much more of them anyway, I was exhausted.

“[Name] wasn’t too bad, I thought he was interesting, he was looking at the camera,” they continued. “But the other fella [a different student’s name], I thought I’d have to get a drill and start drilling my teeth, they were so painful to be listening to.”

The lecturers even went so far as to speculate as to whether one of the students had a disability:

“Has [student’s name] something wrong with her?” one of them asked.

“Funny, I was thinking that,” the other replied.

“I was saying, before I make a decision on voice and body language, she was so slow speaking that I was wondering… I thought the very same thing – I thought I’d better check Access to see if she’s on the list some place for something.”

According to The Irish Examiner, Access is a computer system used by colleges to record relevant background information on students and would contain details of disabilities or special needs where relevant.

GMIT Students' Union President Victor O’Loughlin said the incident is “disappointing” and that it is being investigated by the student body.

As the recordings were shared on WhatsApp and other social media platforms, people on Twitter slated the behavior of the lecturers:

Very disappointed at the footage/audio from GMIT this evening.
Maybe that person does have a speech impediment. Maybe they have anxiety. Maybe they want to be very sure of how the come across. I see no issue with talking slowly.

Online classes are miserable, online presentations are even worse. Wifi speeds, background noises etc, it’s not easy on students. Those GMIT lecturers are beyond unprofessional.....

Those GMIT lecturers are such an embarassment to the teaching profession!! They need to get down off their high horses for a second and think about the way they speak about the students they are supposed to be educating NOT slandering. What a disgrace 😳

just seen the videos the GMIT lecturers and that’s acc so embarassing, if they’re not fired and sued it’s a JOKE

What those GMIT lecturers said about the presentations was truly disgusting really? Why would you want to be a lecturer if not to educate people rather than cutting them up on their performance 🤠

I can’t get over the footage of those gmit lecturers. How can you actually speak about someone like that

Those GMIT vids reminded me why I’m terrified to do an online presentation this week. That poor girl didn’t deserved any of that. I hope she’s okay.

If a lecturer spoke about me the way those GMIT ones did I would genuinely be heart broken, what they did was hurtful and I genuinely hope the students they were talking about are doing okay