Reports emerged on Tuesday that female students at Presentation College Carlow were told not to wear tight-fitting clothes as they were distracting male teachers. 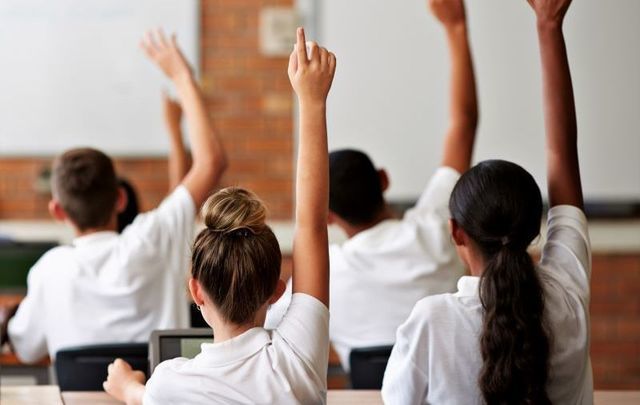 The principal of a Carlow secondary school has denied that female students were instructed not to wear tight-fitting clothing because they were distracting male staff members.

Ray Murray, the principal of Presentation College Carlow, said on Wednesday morning that he was certain that no teacher at the school made such remarks and that it was a "disgrace" that the teachers had to deal with "unsubstantiated rumors".

Speaking to RTÉ's Morning Ireland, Murray confirmed that female students at the school were called to assemblies on Friday without any male students present because it was "primarily the girls" who were not adhering to the school's uniform policy during Physical Eduction (PE).

He said that PE was becoming a "fashion show" and that a number of girls weren't following the school's rules.

"What was being noticed by staff, myself and others, over the last month and a half or so is that on PE day when the students were coming in, particularly the girls, the uniform regulations weren’t being followed and was becoming more of a fashion show more than anything else," he told Morning Ireland.

"There was a discussion with myself, the deputy principals and the deans of discipline in terms of how best to address it and it was felt that the simplest way was just to talk to the girls, in a sense to go through a reminder of what the full school uniform regulations are."

He said that the assembly held last Friday was "normal enough in terms of reminding pupils about uniform regulations".

Meanwhile, Mary O'Driscoll, the chairwoman of the parents' council at Presentation College Carlow, also said that the school held the assembly to remind female students about uniform regulations.

O'Driscoll told the Irish Times that certain students had "taken it upon themselves" to wear whatever sports pants they wanted after the school began allowing students to arrive in sports gear on the day they had PE due to the COVID-19 pandemic.

"With Covid, that rule was relaxed — as in they were allowed to wear their tracksuits into school on PE day."

She said that a number of female students had begun wearing leggings, which are not allowed as part of the school's uniform regulations, to school on PE day and that the students were reminded of this during last Friday's assembly.

The story rose to prominence on Tuesday after Newstalk reporter Kacey O'Riordain spoke to several furious parents about the issue.

O'Riordain said that students were gathered in their year groups at different times on Friday and that different ages got different lines of communications.

"It seems that the older students in the more senior classes, the 5th and 6th years, the 'distraction to male teachers' was mentioned," O'Riordain said on Twitter.

"The parents that I spoke to, it almost sounded like they were accusing students and that they said that students were purposely trying to distract the teachers, the male teachers, but the younger groups got a more PG, vague talk it seems."

Some students claimed that girls were told that they should have more "respect for themselves", while others told O'Riordain that girls were virtually accused of using their bodies to distract male teachers.

Female students at a Carlow secondary school have been told by teachers not to wear tight-fitting clothing to PE, as it is distracting for male staff.

O'Riordain's tweets caused widespread outrage and an online petition on Change.org challenging "sexism against female students in school by the staff and students" has since generated more than 10,000 signatures.

A report on the issue will also be delivered to Norma Foley, Ireland's Minister for Education, while Solidarity-People Before Profit TD Mick Barry noted that girls at the school were very upset and called for a full investigation into the incident.

Taoiseach Micheál Martin told the Dáil on Wednesday that he hadn't heard Ray Murray's interview yet and that he didn't want to comment without knowing the full facts of the story.