An Irish Catholic cardinal in Dallas said “priests are not the best people to train others for marriage" pointing out they "don't have the experience". 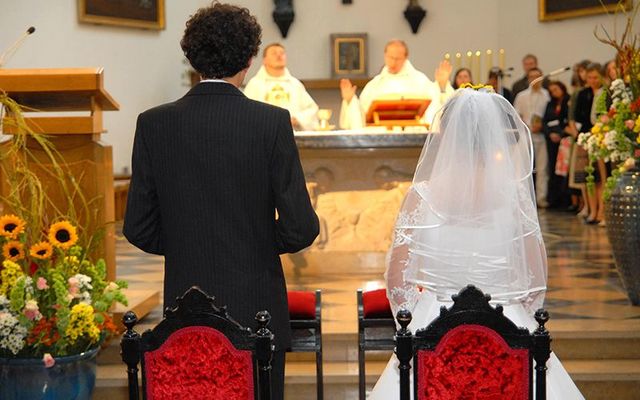 Should Catholic priests be giving advice to couples about marriage? An Irish Cardinal in Dallas thinks not. iStock

An Irish Catholic cardinal in Dallas said “priests are not the best people to train others for marriage" pointing out they "don't have the experience".

Priests should not prepare couples for marriage as they know nothing about it themselves a leading Vatican cardinal has stated.

Irish-born Cardinal Kevin Farrell , head of the Vatican Laity, family and Life ministry said, “priests are not the best people to train others for marriage.”

“They have no credibility; they have never lived the experience; they may know moral theology, dogmatic theology in theory, but to go from there to putting it into practice every day….they don’t have the experience.”

Clericalism or focus on the priesthood not the parishioners  is dead, the Cardinal, former head of the Dallas Archdiocese said.

He  stated in Dallas where he was Bishop from 2007 to 2016, “we have a million and a half Catholics and 75 priests, with a 45 to 50 per cent rate of (Mass) attendance. Those 75 priests are not going to be interested in organizing marriage meetings,” he said.

Cardinal Farrell spoke in an interview with Intercom, a magazine published by Ireland’s Catholic bishops. Farrell played a leading role in getting Pope Francis to visit Ireland next month. “The basis of all human life is the family, but in some countries the Church is so clerical,” he said.

But there were, however, “countries where the laity run the Church. In my own experience as Bishop of Dallas, we had one priest in a parish where 10,000 people would attend Mass at the weekend. We have parishes that have a $20 million annual budget. No priest is going to be able to run a parish of that magnitude without competent lay people.”

Where ordination of women was concerned Cardinal Farrell asked “do we want to turn them into clerics? We don’t. They have to be people of the world who live in the world.”

Marriage counseling led him to distill some “mostly common sense” advice about how to dodge mates who would maul your happiness.