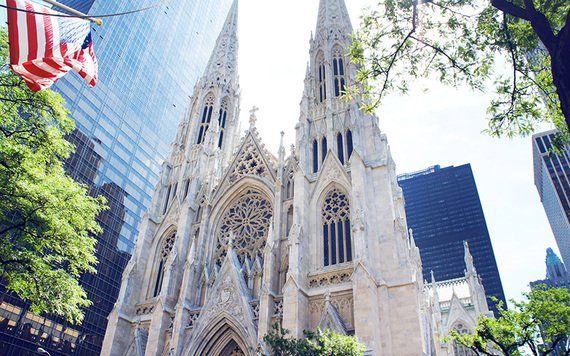 An Irish candlemaker is facing a $1.2 million lawsuits in American courts after it allegedly engaged in unfair and deceptive trade practices to gain "a foot in the door" in the famed St. Patrick's Cathedral in New York City.

St. Killian's Candle Company in County Tipperary is being sued by its former US distributor, Patrick Baker & Sons, for an alleged breach of contract.

The Connecticut-based religious goods supplier claims that it was approached by St. Killian's in 2011. The Irish candlemaker was reportedly seeking assistance getting its product into St. Patrick's Cathedral, which Patrick Baker & Sons had a very strong relationship with.

The American company says that it entered into a contract with St. Killian's in 2012, making it the exclusive distributor of St. Killian's products in the United States.

However, the distributor claims that St. Killian's began selling directly to its customers at cheaper prices while simultaneously failing to pay any commission or fees agreed in the contract.

Patrick Baker also claims that St. Patrick's Cathedral has ceased to do business with it due to St. Killian's interferences.

It says that the Tipperary-based company engaged in unfair and deceptive trade practices to gain access to the renowned Manhattan cathedral.

The US company additionally says that St. Killian's merely used it as a "foot in the door" to do business with St. Patrick's Cathedral.

Supplying St. Patrick's Cathedral is reportedly worth $2-3 million a year to St. Killian's.

Patrick Baker filed a memorandum claiming "St Killian, the man, may be a saint but what the company St Killian did here, is far from saintly."

Backed by Enterprise Ireland, St. Killian's was founded by Michael Murphy and Michael Barrett in 2009. The company's product can be found in several world-renowned churches and cathedrals, including the Notre Dame Cathedral in Paris and St. Mary's Cathedral in Sydney.