Harrington became just the third Irish boxer to win Olympic gold, while her victory also marks the first time that Ireland has won gold medals in two different sports at the same Olympics. 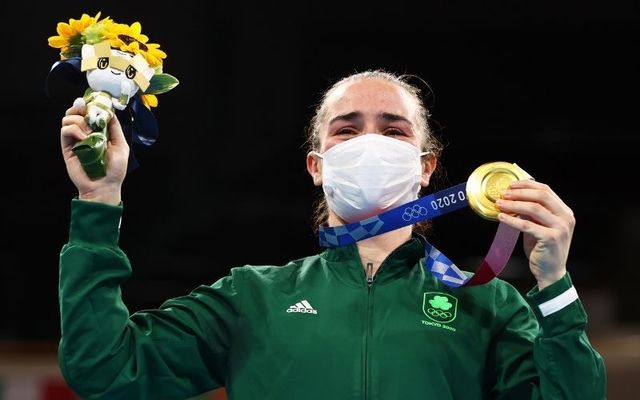 Irish boxer Kellie Harrington secured a gold medal at the 2020 Olympic Games with a dominant victory over reigning world champion Beatriz Ferreira of Brazil in the women's lightweight final on Sunday morning.

Harrington battled back after losing the opening round on three of the five judges' scorecards to claim a unanimous decision victory and secure Ireland's second gold medal at the Tokyo Games, becoming just the third Irish boxer to claim Olympic gold after Katie Taylor and Michael Carruth.

Harrington adjusted after losing that opening round, switching to southpaw and landing jabs from distance. Her Brazilian opponent had no answer, often swinging at fresh air as Harrington claimed the round on all five scorecards.

Ferreira improved somewhat in the final round but was ultimately no match for Harrington, who scored with a huge left hand and several jabs.

All five judges awarded the final round to the Dublin fighter, giving her a unanimous decision victory with three judges scoring the bout 29-28 and two judges scoring it 30-27 in favor of Harrington.

The Dubliner was overcome with emotion when the announcer declared the result, embracing her beaten opponent before dropping to her knees in the center of the ring. 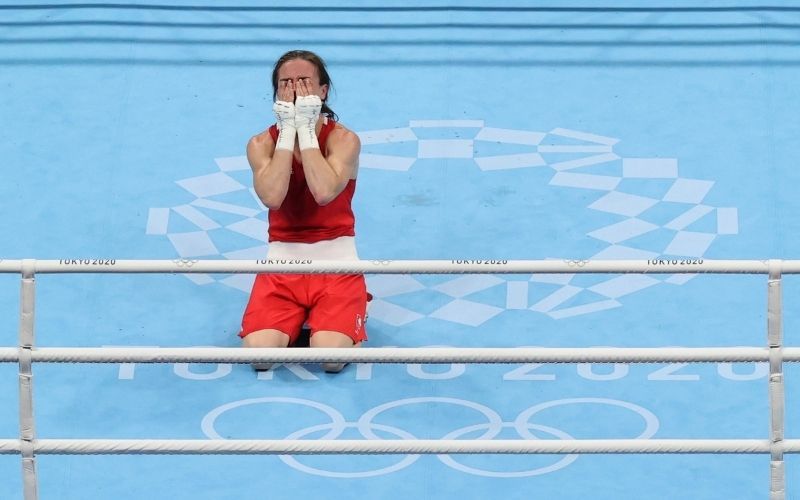 She told RTÉ that she now "can't wait to get back home" and that she felt that the whole country was behind her during Sunday morning's fight.

"It's just fantastic. I can't wait to get back home," Harrington told RTÉ after the fight.

"I'm absolutely exhausted, to be honest. What a journey, it's just fantastic.

'And the winner, by unanimous decision....'