The miniature castle, which was built in 1981, has two bedrooms and one and a half baths. 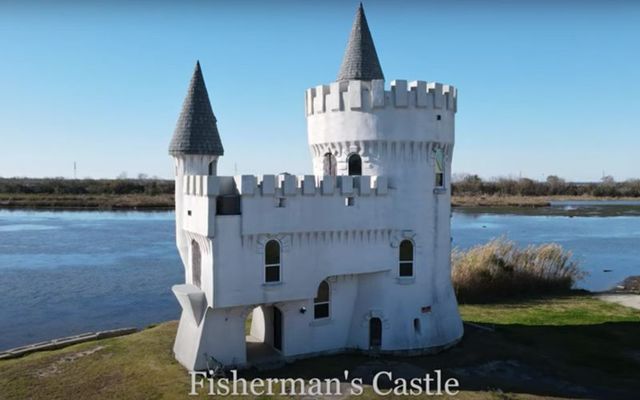 Fisherman's Castle, located on Irish Bayou in New Orleans, has been listed for sale. The iconic landmark is on the market for $500,000.

The 14th century reproduction was built in 1981 by Simon Villemarette, who hoped it would be a tourist attraction for visitors to the 1984 World's Fair. However, attempts to have tour groups stop at the castle were largely unsuccessful.

The structure, which is around 1,000 square feet, resides on Irish Bayou, a little-developed area on the edge of New Orleans East. Believed to have been named after the Irish settlers to the area, it is now primarily a sport fishing community along a body of water with the same name and has few permanent residents.

According to Atlas Obscura, the miniature castle has two bedrooms and one and a half baths and at one point was decorated with medieval decor, including  knights, statues, and swords.

The structure, which is visible for miles from Interstate 10, was made to withstand the most extreme hurricane winds and has survived Hurricanes Katrina, Isaac and Ida. In 2005 during Hurricane Katrina, it filled with about 12 feet of water and afterwards required repairs, reports the Sun Herald.

The structure has changed hands a number of times. Peter and Pamela Egan, who used the castle and land as a weekend camp, sold the property in 1995 for $62,000.  When the property went up for sale again in 2014, the asking price was $150,000. The most recent owners had plans of turning it into a bed and breakfast or event space.

The castle is now for sale once again, according to the property's Facebook page. A fishing camp across the street and another empty lot are included in the latest offer.

The commercial property listing can be found here.