NYPD cops bring baby Clare into the world in a car on Easter Sunday, thought it could have been an April Fool’s joke. 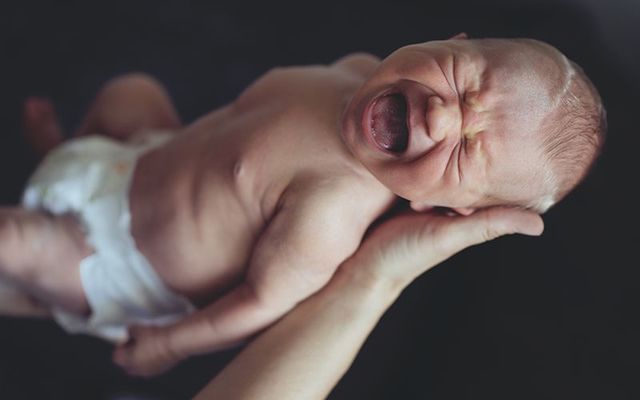 Baby Clare Crotty made a dramatic entrance into the world on Easter Sunday, in the Upper East Side. iStock

NYPD cops bring baby Clare into the world in a car on Easter Sunday, thought it could have been an April Fool’s joke.

Two New York City cops helped deliver a baby on the side of the road in the Upper East Side, of Manhattan, on Easter Sunday having been flagged down by the mother’s frantic husband.

Philip Crotty had been driving his wife, Kelly to the NYU Langone Medical Center but after about five blocks the mother to be realized her baby wasn’t going to wait. She was in labor.

Police officers Stephan Koustoubardis (29) and Vincent Ching (25) started their shift around 8am on Easter Sunday morning when they picked up a 911 call that a woman was in labor 92nd Street and York Avenue.

Koustoubardis said “We were flagged down by her husband, who was already with her in the driver side of the vehicle, pretty much delivering the baby, in labor, at that moment.”

Crotty told the New York Daily News “We got about five blocks. We were about to get on the (FDR) Drive, and my wife said, ‘Pull over, something’s happening.’”

“I could see that the baby was crowning, and I got her on her back, and within a couple of minutes, the baby was in my hands.”

Just in time the two cops arrived on the scene and took over.

Koustoubardis said “I actually stepped in and assisted the husband and took care of the rest of the delivery with him.”

Ching, who’s only been on the job for eight months, ran to get towels and blankets.

Koustoubardis told the Daily News “It feels fantastic. Honestly, it’s a natural-high feeling of being happy in life.”

It wasn’t an #AprilFools joke when we responded to a 9-1-1 call for a baby on the way.

Great job by Officer Koustoubardis who helped a dad deliver his baby girl in their car. We’re very happy to report both mother & baby are doing well.

What a special #Easter Sunday. pic.twitter.com/aLOKlJEnpa

He added that it was even better that it happened on Easter Sunday morning.

Ching agreed saying “It was very uplifting. As police officers, we don’t normally handle these kinds of situations, and it feels great to help directly to bring a new life into this world.”

Later the cops visited, Philip and Kelly (both 37), their three-year-old son Emmet and the newest arrival to the family, Clare. Both mother and baby are doing well. The proud cops brought gifts of NYPD sweatshirts and tiny police shields.

Crotty said “They were great.”

The relieved father told CBS how grateful he was to the New York Police officers who helped keep him calm until more help arrived.

The two police admitted on Sunday that they had not told their families about the incident yet as they feared that no one would believe them due to it being April Fool’s Day!