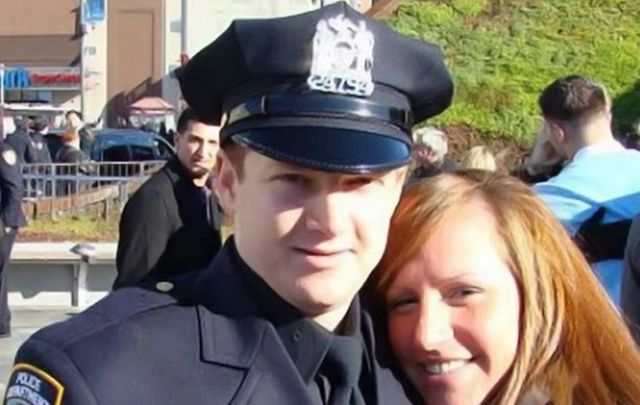 Officer Ryan Nash, who took down the terrorist, Sayfullo Habibullaevic Saipov, looked like a movie version of a New York Irish cop, with his red hair and shamrocks outside his home.

Not surprising really since the inception of the NYPD in 1845, the institution has been overwhelmingly Irish. Considering 18,000 Irish a month were flowing into New York during the famine era, it is not surprising they jumped at the chance of a good job like a policeman. 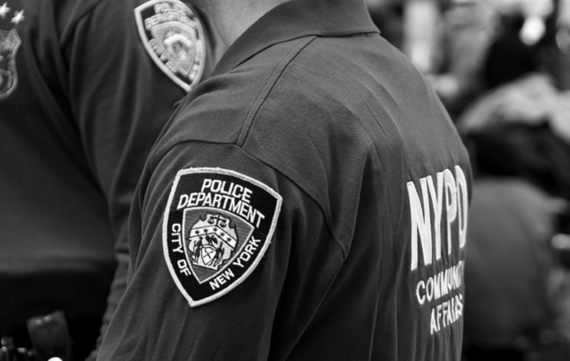 There was a time that up to 50% of graduating classes were from Ireland.

Many of those jobs, frankly, were patronage positions with the local Irish power brokers taking care of business by finding police jobs for people useful to them. The Democratic machine took care of its own -- the Anti-Catholic Whigs certainly would never have,

There is nothing new in that. Abraham Lincoln was confounded by the number of job seekers knocking down his door every day when he reached the White House.

The NYPD Irish tradition continued unabated and it is very common even today, to see generations of the same family end up serving the city of New York.

The NYPD turned out for the funeral of Officer Stephen McDonald, an Irish American hero.

There was a time when every new recruitment class had 40 to 50 percent of freshly minted emigrants from the old sod in its ranks. The Irish path to the middle class was clear: Cops and firemen, teachers and nurses, all the caring professions, that was mainly the Irish signature.

No more. This is from the New York Times list of emigrants from different countries who joined the NYPD between 2006 and 2010. (I could not locate more recent numbers)

"Of the 5,593 officers hired since July 2006, when the department began tracking the nationalities of police officers, 1,042 of them were foreign-born — hailing from 88 countries, according to department records.

Foreign born nationalities in the NYPD.

The Dominican Republic leads the way, with 263 officers born there. The list also includes nations that would have been well represented two generations ago -Italy, Ireland and Germany, for example. But those three countries account for a total of only eight officers, far surpassed by those born in Haiti, 78; Jamaica, 59; Pakistan, 29; and Russia, 18.

The then-police chief Ray Kelly explained the radical change to the new wave of immigrants who like the Irish in their day were making a first step up the ladder.

Policing Kelly said “has changed dramatically, and it has changed for the better. As the city has become more diverse, the department has become, I believe, the most diverse police department in the world and we’re proud of it, and we want to continue to maintain our diversity. It’s good for policing; it makes us a more effective organization.”

You can have little argument with that and the need, for instance, to recruit from countries who have threatened terrorism in New York, the better to infiltrate such groups.

Not everyone is happy at the gradual disappearance of the Irish, but it reflects the incredible change in the makeup of the city and the latest ethnic arrivals.

And there will always be room for a rock-solid Irish American cop hero like Ryan Nash.