An Irish American firefighter and U.S. Marine veteran bravely ran into a massive house fire to save the American flag inside. 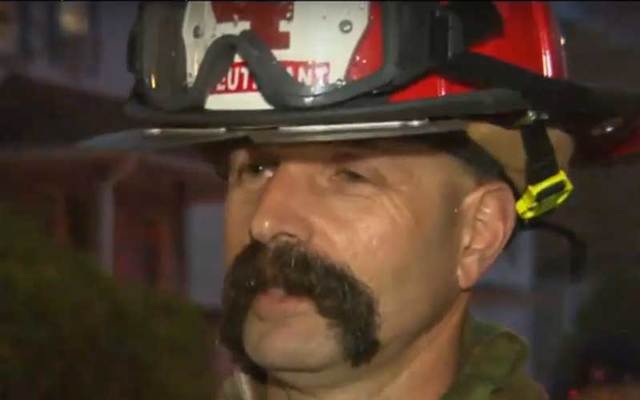 An Irish American firefighter and U.S. Marine veteran bravely ran into a massive house fire to save the American flag inside.

Milford Fire Lt. Billy Collins said he saw the flag through one of the windows of the burning home in Milford, Massachusetts. When he was asked to retrieve the flag, he said he didn’t think twice about it.

“Being an ex-Marine, he said 'Hey Billy, why don’t you go in and save that flag?’ I said all right. I put my Scott back on, my helmet and my gloves. I walked in the building, I pulled the flag down and I came out,” he told CBS Boston.

Before joining the Milford Fire Department, Collins served in Operation Desert Storm. Collins said it's the reason he respects the flag and what it stands for.

He explained why he had to run inside the burning home to save it.

“The flag means a lot to me, but I’m sure it does to the other guys too,” he said. “I didn’t want to see the flag get hurt or burnt up.”

The fire destroyed the home, leaving five homeless, Country Music Family reports, but the tenants say they feel lucky to be alive.

“It’s tough losing pictures of your kids, your clothing, all that, but everybody’s alive,” said Al Lawrence, of losing his home to the flames. “Thank God my roommate was home or I’d be dead in that room.”

The homeowner, who comes from a police family, said he appreciated Collins’ gesture.