A 19-year-old Irish teen is being hailed as a hero after rescuing three children from a house fire before re-entering the house to battle the blaze. 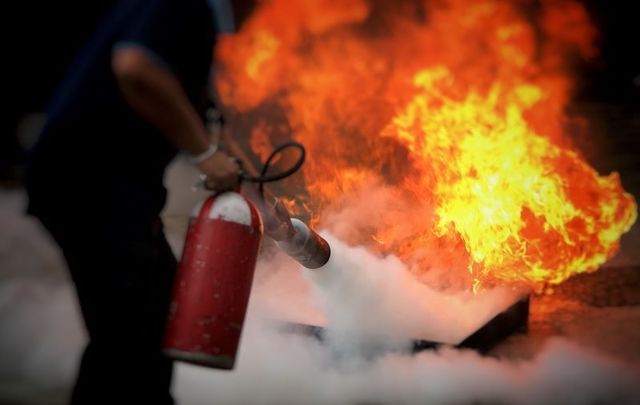 A 19-year-old Irish man rescued three children from a house fire in Co Clare before re-entering the house to battle the blaze. Getty Images

A 19-year-old Co Clare teen is being praised as a hero after he safely evacuated three children from a house fire, only to head back into the home afterward to battle the blaze.

Breaking News reports that on October 7, the unnamed 19-year-old was taking a shower in the upstairs of the Ennis, Co Clare house when the fire broke out in the house’s kitchen.

After being alerted to the fire, the man rushed downstairs to safely evacuate three children that were in the house. He then re-entered the house in an attempt to battle the blaze with a fire extinguisher, but had to evacuate and call for emergency services when the fire and smoke grew too thick.

Two units from Clare County Fire and Rescue Service, an ambulance from Ennis General Hospital, and local gardai responded to the scene where they found the kitchen area of the house “well alight” and smoke billowing from a number of windows.

Firefighters searched the house and ultimately brought the fire under control, but the kitchen was “extensively damaged” and the rest of the house incurred smoke damage.

The 19-year-old was assessed at the scene by National Ambulance Service paramedics but didn’t require hospitalization. The three children were unharmed.

The fire occurred the same day that a nationwide campaign kicked off in Ireland for fire safety awareness: