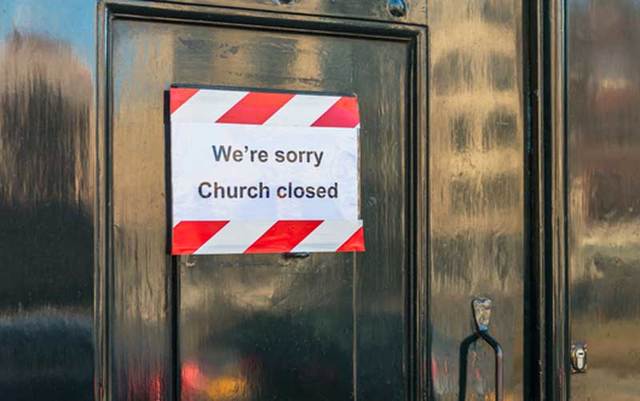 Churches will have to abide by the governor's order to limit gatherings due to the coronavirus, the Kansas Supreme Court has ruled. Getty Images

The Washington Post reports that on Tuesday, Gov. Kelly, a Democrat, had expanded the stay-at-home order in the state to limit church events to 10 people. The decision was made after state public health officials traced coronavirus outbreaks, as well as three deaths, to religious gatherings.

Read More: Ireland extends its coronavirus restrictions through May 5

The governor called the action “shockingly irresponsible” and brought the matter to court because she said “we do not have time to play political games during a pandemic.”

Following a historic online session on Saturday night, the court ruled that the LLC did not have the authority to rescind the governor’s order.

According to The Kansas City Star, the court claimed the Republican-led council did not follow the procedures outlined in a resolution approved by the full Legislature when they voted to revoke the order.

The Supreme Court's opinion drew no conclusion about “broader questions” regarding public health and religious freedom or whether the resolution conflicts with state law.

“Because this resolves the present dispute, we do not reach broader questions concerning the asserted conflicts” between the resolution and state law, the court's opinion states.

Read More: President of Ireland offers words of compassion, hope ahead of Easter

Following the ruling, House Republican members of the LCC issued a statement saying: "The question was never whether people should gather in a church during these times. The answer to that is clearly no. The question was whether people should be arrested and jailed for going to church. The Governor believed they should be. We think that goes too far."

Late Saturday evening, Gov.Kelly issued a written statement saying:“I want to thank the Supreme Court for its expedited review under difficult circumstances. Our response to this unprecedented pandemic has necessitated that even our most fundamental institutions find alternative methods that preserve public health.”