Beer sales in Ireland have plummeted, triggering calls from the country's struggling brewers for increased financial support from the state. 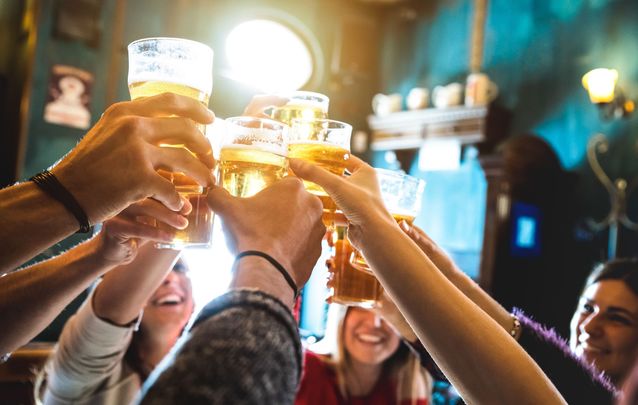 Sales of beer both in Ireland and abroad sunk by 17.3 percent last year. Getty Images

Sales of beer both in Ireland and abroad sunk by 17.3 percent last year, according to the report by industry body Drinks Ireland.

Ireland's beleaguered hospitality sector has been one of the hardest hit in Europe, with most hotels, pubs, and restaurants remaining closed for business for over 12 months.

The report reflects the difficulties faced by publicans and other business owners, with less than 30 percent of beer sold in Ireland in 2020 via the hospitality sector, compared to over 60 percent the year before.

Hard-hit brewers have not only struggled with falling sales, but have also had to finance the costly disposal of out-of-date beer.

The report notes that beer production decreased by almost 14 percent last year, while exports dropped 17 percent to just over $300 million from $360 million. Further analysis of the data reveals that exports to the United States were among the hardest hit, nose-diving by 45 percent.

Drinks Ireland's Jonathan McDade said that with no end to restrictions on the industry currently insight, financial support was needed to help cover the costs of disposing of out-of-date beer.

He said, "As the vaccine roll-out continues, the beer sector hopes to be able to see consumers back in pubs later this year.  But it is vitally important that it receives additional supports from government to allow it to endure extended lockdown, which continues."

The Irish Independent notes that the beer industry has "diversified significantly" over the past few years, with a large number of smaller brewers operating alongside well-known global giants like Guinness maker Diageo and Heineken.

Meanwhile, the long-suffering sector has been offered some respite, with confirmation that takeaway pints are back on the menu for bars and restaurants serving drinks to customers outdoors.

As part of the first phase of easing of restrictions across Ireland last Monday, licensed premises were given the green light to pull takeaway pints for the first time in three months.

A separate report in the Irish Independent notes that takeaway beer was never officially banned under current restrictions, but Taoiseach Micheal Martin had called for them to stop being sold at the outset of the current lockdown.