People in Ireland are growing increasingly concerned with the amount of tourists, particularly from the US, who appear to be flouting the 14-day self-isolation mandate upon arrival. 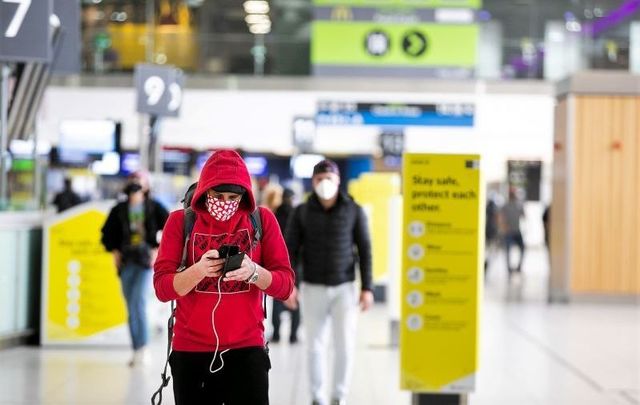 The official advice remains to avoid all non-essential travel to and from Ireland as the coronavirus pandemic continues.

Irish politicians are facing calls to tighten up the restrictions surrounding tourists arriving into the country, particularly Americans, who are reportedly flouting self-isolation rules.

Read More: Ireland reacts with ire as Americans continue to arrive for vacation, no regard for COVID quarantine

With more than 3.3 million confirmed cases and more than 135,000 deaths as of Monday evening, the US remains the worst-hit country in the world in the scope of the pandemic.

As it stands, people traveling from the US are permitted to enter Ireland but must complete passenger locator forms and self-isolate for 14 days. Offenders face a potential jail term of up to six months and/or a maximum fine of €2,500.

No one is currently allowed to enter the US unless they are a citizen or legal resident (with some exceptions). The official advice from both countries right now is to avoid all non-essential travel.

We continue to advise against all non- essential travel to 🇺🇸. The @StateDept also advises 🇺🇸 citizens against all but essential travel, including to 🇮🇪. All people arriving in 🇮🇪 from overseas are required to restrict movements for 14 days. See here 👉 https://t.co/Mme3iNwavj pic.twitter.com/BNbFKSQyiU

The Journal reported on Monday that almost 15,000 passengers arrived into Dublin Airport this past weekend. A DAA spokesperson told The Journal: “To put this into perspective, normally we’d be handling about 112,000 arriving and departing passenger daily at this time of the year.”

Simon Coveney, Ireland’s Minister for Foreign Affairs, said that US passengers only make up 200-250 of about 4,500 passengers coming into Ireland per day. He said that the majority are Irish people flying home, and there were only 16 people on the recent Dallas flight.

American Airlines, who recently recommenced its Dallas - Forth Worth to Dublin route which flies three times a week, said its busiest flight since relaunching last week was only at 8 percent capacity. Aer Lingus and United Airlines are also still offering flights from the US to Ireland.

While there are restrictions in place in Ireland for people arriving from abroad (including Irish citizens), some are saying that tourists are flouting the restrictions, a huge point of concern for a country that has done a relatively good job of containing the spread of coronavirus:

OMG. I AM INCENSED. Texans arriving in Dublin airport saying it’s ‘all blown out of proportion’. These gobshites are not going to be self quarantining. WTAF!!!! I’m furious.

Just heard a vox pop on radio there from Dublin Airport.. American tourists coming into Ireland and reporter asks politely what brings you here during this pandemic..Am shocked at reply..Nobody tells us Americans what to do..That is the state of play here,I’m afraid now.😢

Text from a pal: “We were in Kylemore Abbey today - rammed with Americans & not one mask in sight. We were the ONLY ones in the whole place with masks”. Now tell me more about how those flights are full of returning Irish folk @simoncoveney ? 🧐

Had to cancel guests booked on guided tour today who just arrived from the US and didn’t think 14 days self isolation was ‘mandatory’. I know we are in tourism but I’m just not willing to risk it for staff and other guests. These people are in the country and socialising

JP McMahon said he and his staff felt very uncomfortable after a group of Texans dined at at his Cava restaurant in Co Galway this weekend:

We will ask all future international bookings for entry date into country until government have their list of countries you don't have to quarantine from.

McMahon has since launched an online petition calling upon the Irish government to "postpone US flights to Ireland to control the spread of COVID-19."

Over the weekend, Professor Sam McConkey, an infectious disease specialist and head of the department of international health and tropical Medicine at the Royal College of Surgeons in Ireland, said: “We don’t need new regulations. We just need to enforce the ones that are already there.

McConkey said that if “a group of American tourists were to be sent to prison in Mountjoy for three months it would send out a clear message that we have law and order, and that the justice system applies equally to everyone. It would change everything dramatically.”

McConkey stopped short of calling for an all-out ban on arrivals, however: “We are an island with a small open economy, and we should keep it open as much as possible. Any restrictions should be more nuanced.”

On Monday, Eamon Ryan, the leader of Ireland’s Green Party and the Minister for Transport, said: "We will be stepping it up. A lot better system of monitoring people and following up.

"The number of flights, there is a lot of concern about the States (US) and it is something we really have to look at it.

"Typically, there is about three flights, maybe four flights a day, very small numbers about 250 people yesterday in total.”

"And looking forward to the next three weeks it is the same story."

However, Simon Coveney, Ireland’s Minister for Foreign Affairs, said on Monday: "There is lots going on transatlantic all the time but now is not the time to come to Ireland on your holidays.

"And I think that needs to be a clear message until the travel advice from the government changes."

Coveney’s comments fall in line with Taoiseach Martin’s, who said over the weekend that now is not the time for people from Britain to vacation in Ireland.

In a statement issued on Monday, Sinn Fein TD Darren O'Rourke called for tougher action: "We are extremely concerned about flights arriving into Ireland from the United States.

"The government has failed to put proper checks and controls in place at our airports, such as mandatory face coverings, temperature screening and testing from high risk areas.

"Covid-19 is out of control in the United States. It is reckless that flights are permitted to land here with no additional checks or precautions.

"The government is naive in the extreme if they believe all the passengers are going to self-isolate for 14 days.

"This is a serious health concern that needs to be urgently addressed. It also flies in the face of government commitments to develop and publish a green list of safe travel areas based on Covid-19 profile.

"Flights from high-risk areas should not be arriving into the state if we don't have proper checks and restrictions in place at our ports and airports. Handing out a piece of paper to fill in is a joke considering the risks involved.

"The government has had ample time to address this issue. It is absolutely unacceptable that they haven't."