Ireland seeing spike in divorce and separation after pandemic

An Irish organization for lone-parent families has seen a 20% increase in demand for its services and has had to close its waiting list for the first time ever in our 49 years. 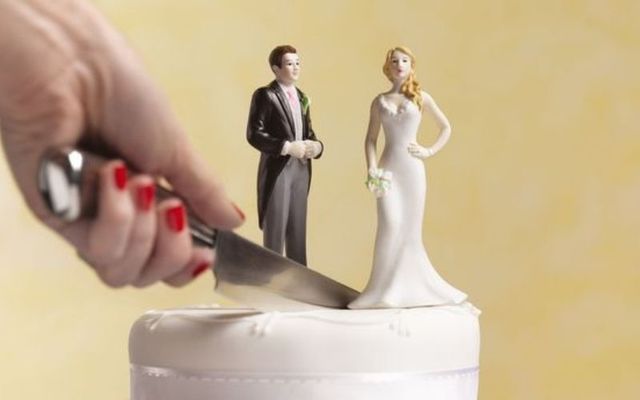 Ireland seeing spike in divorce and separation after pandemic Getty

An Irish organization for single-parent families says they have seen a 'tsunami' in breakups and explains that there needs to be more local supports.

The charity One Family Ireland says the country is facing more separations and divorce following the pandemic.

Last year the group saw a 20% increase in demand for its services for lone parent and separating families - including a 17% rise in demand for 'Parenting during Separation' courses.

CEO Karen Kiernan told Newstalk Breakfast they have had to close their waiting list for the first time ever.

"We saw massive increases across all of our services... as people were locked in and really under pressure.

"We worked with well over 20% more people over the year; our counseling services were in massive demand.

"In fact, we have had to close our waiting list for the first time ever in our 49 years.

"Our helpline was in huge demand, particularly during all the lockdown periods, and our parenting service worked with many, many more people because people were so stressed."

Anticipating a further rise in breakups in the next twelve months, Ms. Kiernan appealed for "more regional and local services for separating families... and more supports for the courts."

Josepha Madigan, Fine Gael TD and family lawyer, explained a lack of social supports during Covid means many relationships are feeling the pressure.

Speaking to the Journal.ie earlier this year she said,  "lockdown forced [couples] to look inwards at their marriage. Up to this point they had got away with avoiding the introspection.

"Now there is no choice. They tell me either that they are fine, but the marriage isn’t, or they aren’t fine and neither is the marriage."

"[There is a] need for stand-alone family courts, specialized training for judges, better supports for couples and families facing difficult cases."

In 2019, an overwhelming majority of Irish people voted by referendum in favor of reform to divorce laws.

Changes are currently underway, and recently legislation was enforced that cut in half the time required for separation, which led to divorce applications in the State last year rising by nearly a third.