8 women vanished in Leinster from 1993 to '98. Police believe at least some of them were murdered by the same person. 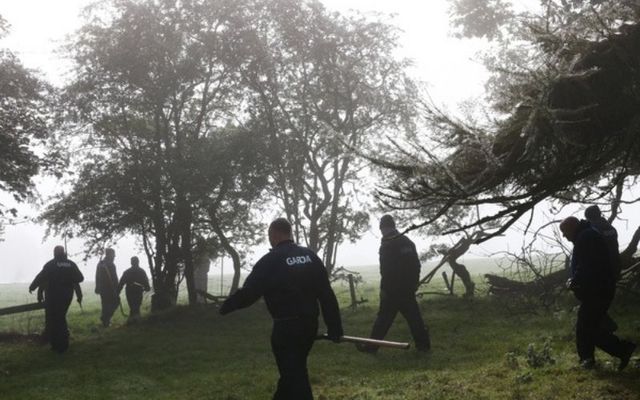 Irish police investigating the suspected murders of a number of women in Leinster in the 1990s have begun a search at a site in Kildare on Monday in the hope of recovering crucial evidence related to the disappearances of Deirdre Jacob and Jo Jo Dullard.

A total of eight women vanished within the borders of Leinster between 1993 and 1998 and gardaí believe that at least some of the women were abducted and murdered by the same person.

Gardai are searching a dense woodland close to Usk Little near the border with County Wicklow.

The search is expected to last for several weeks and gardaí hope that it will uncover crucial evidence in the disappearance of 18-year-old Deirdre Jacob, who vanished close to her home in Newbridge, Kildare, in 1998.

Gardaí have re-interviewed witnesses and re-examined evidence related to the disappearance of Jacob, which has led to the emergence of newly-discovered credible information.

The Irish Times reports that gardaí are acting on a fresh assessment of intelligence previously received by detectives during investigations into Jacob's disappearance.

A witness reportedly told detectives that they saw someone acting strangely in the wooded area shortly after Jacob vanished, leading to the renewed search efforts.

The Garda Technical Bureau will carry out a detailed search of the area on Monday in addition to divisional search teams and a forensic anthropologist. Defence Forces are on standby and a mobile incident room will be established in the wooded area.

Gardaí say they are searching for human remains, clothing, or any evidence material that could assist in the investigation of the disappearance of Deirdre Jacob or any of the other seven other women who disappeared over the five-year period.

Gardaí believe that they may also uncover evidence connected to the disappearance of  21-year-old Jo Jo Dullard in 1995 due to the close proximity of where she was last sighted.

Dullard was last seen in the town of Moone in November 1995, just a short distance from the wooded area that gardaí are set to probe.

The investigations into the disappearances of Dullard and Jacob were upgraded to murder inquiries in recent years following reviews by An Garda Síochána's Cold Case Unit.

"This is a huge undertaking and it will take a number of weeks. In investigative terms, it is a very significant development," he told Morning Ireland.

Bailey described the disappearance of Jacob as "most unusual" because she was seen standing outside the front gate of her home.

"She was seen standing at the gate and waved to a number of neighbors and friends that passed by on the road, a busy road leading into Newbridge, but no trace has been found ever since."

Bailey said that convicted rapist Larry Murphy remains a "person of interest" in the disappearance of Jacob.

Murphy has long been a prime suspect in the disappearance of several women who disappeared during the 1990s, including Jacob, Dullard, and 26-year-old American woman Annie McCarrick, who disappeared in County Wicklow in 1993.

Bailey said that Murphy remains a person of interest in the disappearances because he had the same "modus operandi" for the crimes he was convicted of.

"For those reasons alone, he would certainly be a person of interest," Bailey told Morning Ireland.

Murphy has repeatedly denied any involvement with the disappearance of any of the eight women who vanished between 1993 and 1998.