Met Éireann has signalled Ireland is set for "much colder" conditions next week. 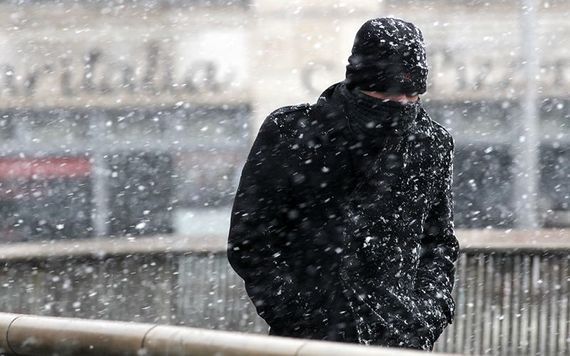 Will it be a White Christmas for Ireland this year? Rolling News

An Irish weather forecaster has claimed that Ireland could be set for snowfall during a storm next week.

Alan O'Reilly from Carlow Weather based his projection on a forecast from the European Centre for Medium-Range Weather Forecasts (ECMWF), which shows that there will be a storm with snow in nine days time on December 5.

However, he said that the projection was "one hell of an outlier" that is "way out of line" with the average across other weather models.

He advised people to ignore any weather forecasts that are based solely on the ECMWF model if they look completely out of line with other forecasts.

The overnight run of the ECMWF model shows a storm in 9 days time with snow. *However* the ensembles show this is one hell of an outlier. That is the main run shown is way out of line with the average across the weather models. The black line in first photo shows this. pic.twitter.com/WMJFENLYsk

Having said that, Ireland appears to be set for a bout of cold weather, regardless of whether it snows or not on December 5.

Met Éireann, the Irish meteorological service, has warned of "much colder" weather from next Wednesday onward, while temperatures are to plummet to -1C on Friday night.

Temperatures are set to rise somewhat on Saturday, with maximum temperatures of 7-11C forecasted along with moderate breezes and scattered showers.

On Sunday, Met Éireann is forecasting maximum temperatures of between 9-11C on a mainly dry and cloudy day.

Temperatures are set to remain at around 10C on Monday and Tuesday with some rainfall, but there will be a change on Wednesday, with "much colder" weather forecast for the rest of the week.

Do you think we'll see snow next week? Let us know in the comments.