Ireland's Department of Local Government, Housing and Heritage has received applications suggesting the use of high-powered rifles to cull seals. 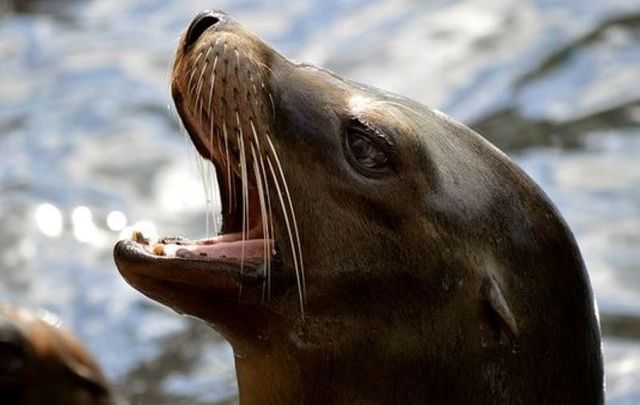 Irish seals have grown in population in recent years. iStock

The Irish Wildlife Trust has labeled the plan to cull seals using rifles as "insane."

Overpopulation of seals in Cork and Kerry has led to depleted fish stocks off the two counties and the Government is currently mulling a new scheme that would potentially grant licenses to fishermen to kill seals in the counties.

The Irish Government estimates that there are approximately 8,000-10,000 gray seals in Irish waters in addition to around 5,000 harbor seals and some fishermen have argued that the increased seal population has led to depleted fish stocks.

Five fishermen have applied to the Department of Local Government, Housing and Heritage this year for licenses to kill seals. Three of the applications have suggested using high-powered rifles to cull the marine mammals.

Fianna Fáil's Darragh O'Brien, the Minister for Local Government, Housing, and Heritage, confirmed that the Irish Government is considering the issue.

"There are concerns about this approach to seal management, given the potential safety concerns arising from using high-powered rifles on moving platforms," O'Brien said.

"Nonetheless, my Department is examining the potential for a pilot scheme which would test this approach and determine its efficacy in protecting fishermen’s catches."

O'Brien said that the Department of Local Government, Housing and Heritage may grant licenses to fishermen to cull "individual problem seals."

However, the Irish Wildlife Trust argues that shooting seals will not solve the problem of depleted fish stocks.

The conservation charity argues that ending overfishing and putting marine protection measures in place to restore destroyed marine habitats would be more effective at restoring fish populations than shooting seals.

Pádraig Fogarty, a spokesperson for the Irish Wildlife Trust, told RTÉ that a healthy seal population is a good thing and said that bottom trawlers and super-trawlers need to be phased out of Irish waters.

Fogarty said that Ireland was way behind other countries in implementing measures to prevent over-fishing.

"The sooner we get on with that, the sooner fish populations will recover," he said.

He said that seals are Ireland's oldest protected-species and said that it was a "good news story" that their numbers have increased.

He labeled the plan to shoot them from boats as insanity.

"The idea of shooting seals with rifles from boats is insane," he told the Irish Examiner.